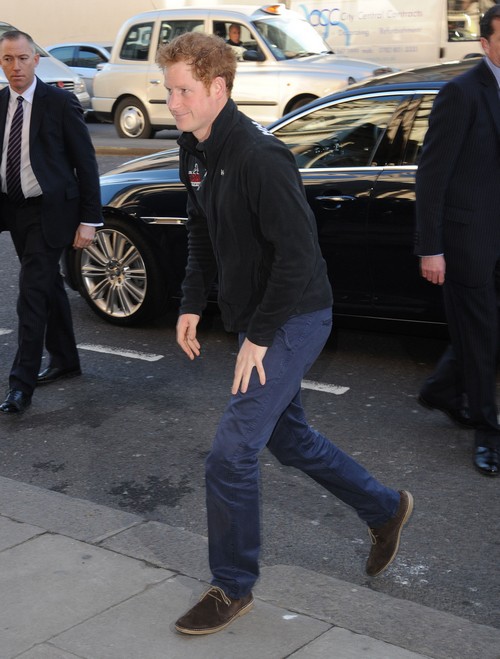 According to Grazia Magazine, Prince Harry is so sure that he’s going to get married to Cressida Bonas that he’s already given her full reign over his ‘royal home‘. Is it just me, or does that sound like a euphemism for something else?

This home in question is Harry’s London residence, a.k.a the royal grounds of Kensington Palace. A source explains, “Cressida has been staying with Harry pretty much every night for the last few weeks. So Harry felt it was sensible that she got the security clearance to come and go as she pleases, instead of always having to enter with him. She’s now on first name terms with all the security guards, and uses all three entrances to the palace.”

Eh, I’d say it’s less about marriage and more about the fact that they’re youngsters in love, probably having lots and lots of sex. Apparently, she did have a moment of doubt about her relationship with Harry right before Christmas, largely because the marriage talk got too loud. But sources close to Cressida explain that she just needed some breathing room to collect her thoughts, and decide what she wants. And Harry’s reportedly been very understanding of that, with the sources adding, “Harry has been brilliant and understands completely. The fact she has now been given free access to the palace is all a part of his plan to ease her into royal life and prove she can still have a normal life as his girlfriend. She hasn’t fully moved in yet, but she stays most nights.”

At least the royals have gotten with the times enough that they’re letting Harry and Cressida have sleepovers without getting married. Prince William and Kate Middleton didn’t have that luxury, which is probably why their engagement was such a rushed affair [although the Waity Katy episode did last for a while]. But still, I think Cressida’s having some trouble reconciling her future with Harry, which means letting go of her independence completely. Becoming a princess means you have to turn down other job opportunities, and always have to maintain the perfect public image. For someone like Cressida, who has tons of modeling and fashion opportunities AND loves to party, it’s probably difficult to give that all up for a dude – even if that dude is a prince.