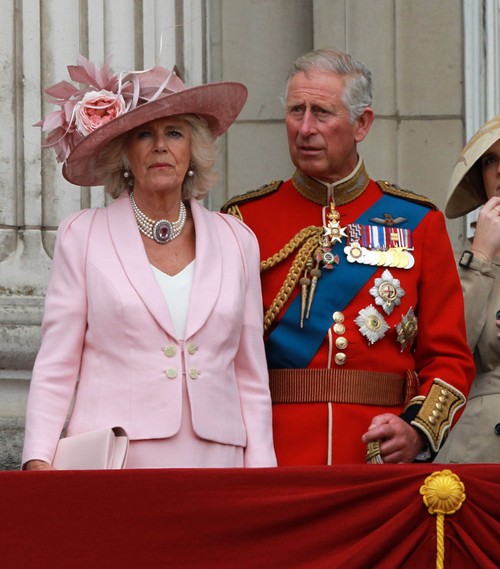 Queen Elizabeth and Kate Middleton have bumped heads on more than one occasion since her marriage to Prince William, and they have had a tough time seeing eye to eye when it comes to proper princess etiquette. But, according to recent reports, Queen Elizabeth and Kate have finally found some common ground and are joining forces to take down their mutual enemy Camilla Parker-Bowles. To say Kate Middleton hates Camilla Parker-Bowles might not be an exaggeration.

Since the Palace confirmed on September 8th that Kate Middleton is indeed pregnant and expecting baby number two, Camilla Parker-Bowles has had nothing nice to say about the new royal baby bump. And, Camilla is learning the hard way not to mess with a hormonal pregnant woman battling morning sickness. GLOBE magazine revealed in their latest edition that Kate Middleton finally officially snapped on Camilla Parker-Bowles, and has banned her from the royal family and is not allowing her to participate in any of the new baby plans. Kate Middleton reportedly flat out told Camilla, “You’re not a part of this family!”

But, Kate Middleton is not alone in her war against Camilla parker-Bowles. GLOBE Magazine October 6th edition reveals that Queen Elizabeth is standing by Kate, and is exiling Prince Charles’s wife! The magazine goes on to say, “The 88 year old ailing Monarch drew up a plan pledging $50 Million of her personal cash and a $10 Million estate as a divorce settlement for 65 year old Charles’ scheming second wife.” Not only is the Queen prepared to pay $60 Million to rid the Royal family of Camilla Parker-Bowles, according to GLOBE she has her aides shopping for a private island that she can exile Camilla to after the divorce.

Queen Elizabeth has been trying to remove Camilla Parker-Bowles form her family for years, but Kate Middleton’s extra push might just be exactly what the Queen needed to successfully do away with the Duchess of Cornwall for good. Do you think Queen Elizabeth will really exile Camilla to an island? Will Camilla take the $60 Million bribe and divorce hapless Prince Charles, or will she insist on staying with Charles so that she can fulfill her dreams of becoming the next Queen of England? Let us know what you think in the comments below! 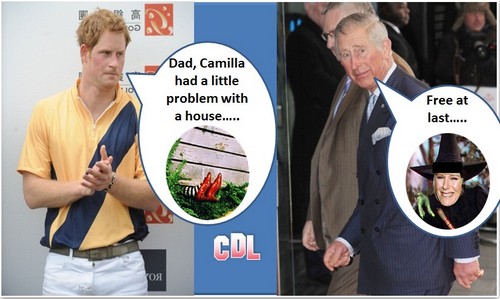