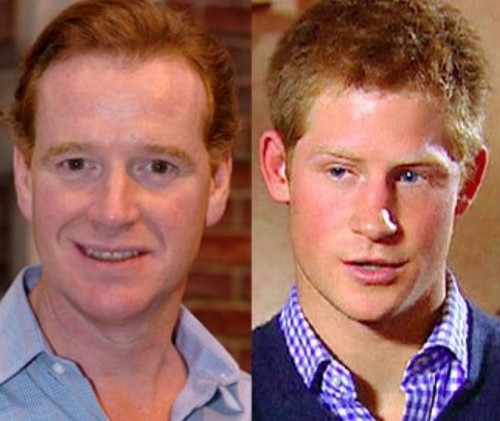 There have been whispers for a while now about Prince Harry proposing to Cressida Bonas. Very soon. All of the signs really do seem to be there and he seems to be taking the standard steps that are customary before announcing an engagement. Cressida is even invited to spend time at Balmoral this summer where she will be formally introduced to Queen Elizabeth. After that an engagement announcement is expected and according to sources close to the royals there is a very good chance that Harry and Cressida will marry next spring.

According to the March 31st print edition of National Enquirer the family is going to great lengths to ensure that no extra drama or possible scandal disrupts Harry’s plan. Princess Diana admitted to having a 5 year affair with James Hewitt back in the 80’s and the time line seems to indicate that he could actually be Harry’s biological father.

Then there is the uncanny resemblance. James has come out of the woodwork on a few occasions to give up a bit more info on his dalliance with Di and the family fears that he might use this time to garner a bit of attention- and cash in. Not to mention that Queen Elizabeth was so outraged after Harry’s Las Vegas debacle that Her Highness demanded he take a DNA test – she feared he couldn’t be off Prince Charles’ blood!

Prince Harry upon Queen Elizabeth’s urging has already taken it upon himself to warn James to back off and steer clear of his wedding plans. Harry knows that he has brought enough scandal to the family by some of his wild antics and so he wants his nuptials to be a respectful occasion. Do you think that James will stay quiet or is he going to provide yet another interesting soundbite for royal watchers? Tell us your thoughts in the comments below! 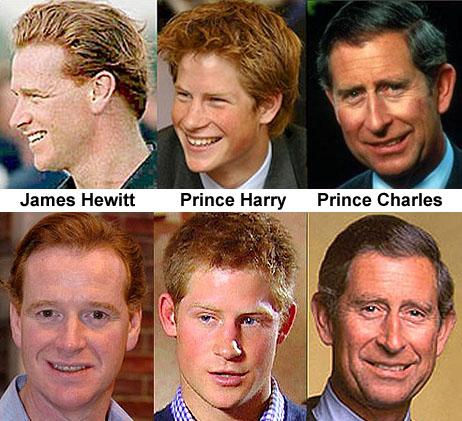