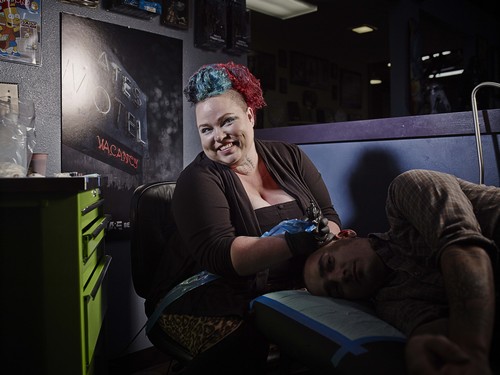 Tonight on Lifetime, RAISING ASIA airs it’s an all new third episode in it’s first season. On tonight’s show, called “Managers and Mayhem,” Anthony questions whether Billy is the right manager for Asia and decides to spring a surprise meeting with another manager on Kristie, but she isn’t happy about it. Meanwhile, Kristie tries to spend more time with Bella, who is feeling left out.

On the last episode last week Asia was slated to perform at the Reality TV Awards, but tensions were already running high in the Ray household, and when Kristie wasn’t happy with the stage, she tried to pull the plug. Meanwhile, Shawn goes toe-to-toe with Asia’s manager. Did you watch the last episode?  If you missed it we have a full and detailed recap, right here for you.

On tonight’s episode Asia ramps up her training as an actress, singer and dancer but choreographer Anthony questions whether manager Billy is the right person to take Asia to the top. Anthony’s doubts grow stronger when he hears the new song Billy wrote for Asia and decides to spring a surprise meeting with another manager on Kristie–and she is not happy about it! Meanwhile, Kristie tries to figure out how to fit in more time with Bella, who is feeling left out.

Tonight’s second episode is going to be great and you won’t want to miss it. So be sure to tune in for our live coverage of Lifetime’s Raising Asia tonight at 10PM EST! In the meantime, sound out in the comments below and tell us what you think about this new show.

Tonight’s episode of Raising Asia begins with Anthony revealing to Asia’s mom Kristie that he got her a meeting with Tina Davis, a manager, and she is the real deal. Kristie doesn’t think it is a good idea because Asia already has a manager. She takes Asia to her vocal lesson with her manager Billy, where he is prepping her for her opening concert.

After Asia practices her new song, Billy says that they have to get Anthony to choreograph a dance for it. He brags that Anthony is a part of the team and he is “going to kill it.” Kristie reveals to Billy, that Anthony is trying to get her to meet with another manage named Tina Davis, Billy is shocked and reminds Asia that she he has been booking her all over the place and be believes in Asia.

Later Asia and her mom meet up with her friend Jordyn and her mom Kelly. While Asia and Jordyn are shopping, Kristie sits down with Kelly and discusses how hard it is to be a good mom to Bella too while she is taking care of Asia’s career. Kelly can relate and confesses she has been neglecting her son Skylar while she has been trying to get Jordyn booked.

Anthony gets a copy of Asia’s new song, and he is supposed to choreograph a dance for it. He has no idea how he is supposed to create a dance for the song because it is “little kiddie and bubble gummish.” He thinks that they need to stop trying to make Asia come off as a little kid, because that’s not who she is. Meanwhile Asia is at one of Billy’s acting classes. He would love to see Asia get her own Nickelodeon show, and he is sure he is going to make her in to a star.

At home Kristie has decided to have some alone time with Bella, and they decide to play dress-up. She takes pictures of Bella trying on all of her clothes and shoes and pretending to be her mom.

Kristie and Asia head to the studio to train with Anthony, while they are rehearsing there is a woman lurking in the window watching them. She finally comes in and Anthony introduces her as the manager Tina Davis. Kristie is upset, and tells Asia to go get her stuff and leave. Tina tries to talk to Kristie and Kristie says that they already have a manager and are working on songs. Anthony pays Asia’s new song for Tina, and Tina says that is was obviously done by someone inexperienced and is poor quality.

After Tina leaves, Kristie is furious, she tells Anthony that his behavior isn’t going to fly and storms out of the studio.