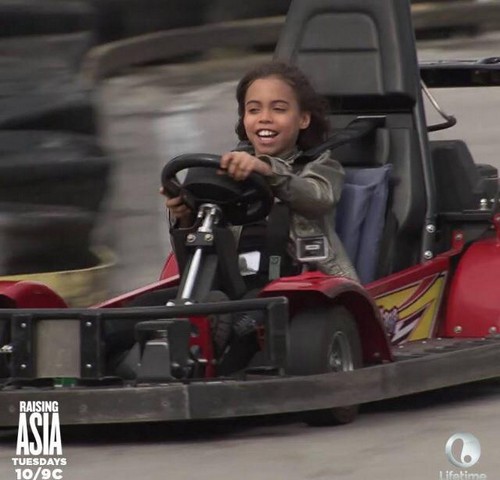 On the last two episodes it was Billy’s big chance to prove that he had the chops to take Asia to the next level, but a major meltdown from Asia before her first singing performance at Planet Hollywood threatened to derail everything they’ve been working towards. Meanwhile, it was decision time–would Billy stay, or would he go? Also, Anthony was determined to have full creative control over Asia’s performance at the Long Beach Pride Festival. But after missing rehearsals, arguing with Shawn, and disobeying orders, Anthony was on thin ice. In a fraught rehearsal, Anthony dropped the ball…and Asia!

Tonight’s tenth episodes is going to be great and you won’t want to miss it. So be sure to tune in for our live coverage of Lifetime’s Raising Asia tonight at 10PM EST! In the meantime, sound out in the comments below and tell us what you think about this new show.

RECAP: Tonight’s episode of Raising Asia begins with Asia’s father Shawn deciding he is going to play a bigger role in Asia’s career. He takes her to her dance class, but when they arrive the instructor informs then that Asia can’t wear her white dress because it will get dirty before the show. Shawn, being inexperienced, didn’t pack an extra costume or set of clothes for her. She can’t wear the white rehearsal dress the day before her performance because she will get it all dirty, she’s forced to rehearse in her regular clothes.

Meanwhile Kristie is going to focus on their younger daughter Bella and her gymnastics, but Bella confesses that she hates gymnastics because Coach Elena screams at her. Asia is struggling a little bit at her rehearsal because this style of dance is more like contemporary theater and she is a hip hop and jazz dancer. Back at Bella’s gymnastics, Kristie finds Bella hiding in the bathroom stall and crying.

Kristie calls Shawn and freaks out when she learns that they didn’t let Asia wear her white dress. Before Shawn and Asia leave, the dance instructor reminds Shawn that Asia needs to work on her coupes, extend her fingers more, bring multiple hair ties, no dangling earrings, and her make-up must look dirtier and dirtier throughout her rehearsal tomorrow. Shawn is overwhelmed and tries to make mental notes of everything he needs to remember. Shawn decides Asia needs to let loose and just be a kid, so he takes her to a go-cart track to spend some father-daughter time.

Anthony and Billy meet up, to discuss their issues. Anthony stresses to Billy that the songs he is producing for Asia aren’t showcasing her dancing, and informs him it is like he is “living in the 80’s.” Billy thinks that he and Anthony should work together on the choreography. Anthony decides to let Billy think he is in charge, but everyone knows Anthony is “the man.”

It’s time for Asia’s theater performance, Kristie is running around frantically backstage trying to get Asia read for the show. Kristie didn’t go to rehearsal, Shawn did, so she is just praying that Shawn kept Asia focused and she won’t be embarrassed. Asia takes the stage, and her family watches form their seats. Kristie is surprised that Shawn pulled it off, and is impressed that the performance actually turned out amazing. Afterwards, Asia brags to her parents about how good she did.