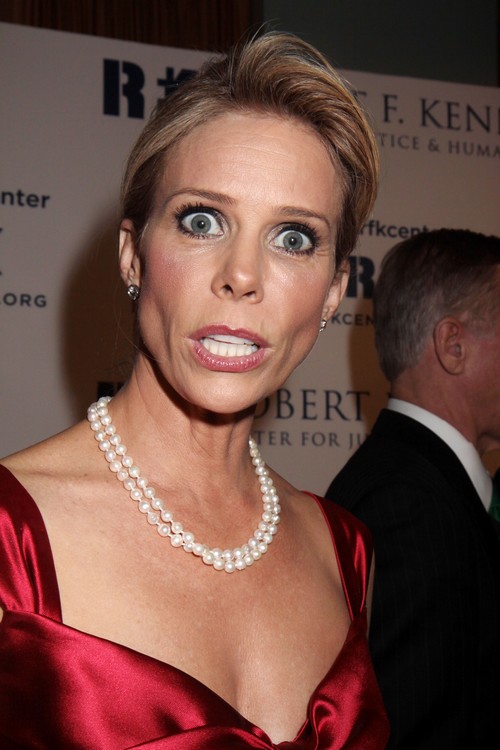 It looks like Robert F. Kennedy Jr. is going to have a real uphill battle ahead of him if he intends to marry Cheryl Hines. The couple recently announced their engagement after nearly 4 years of dating and to say that the news started a family feud would be putting it nicely. Bobby began dating Cheryl after splitting from his wife Mary who hung herself at home back in May 2012. The couple had 4 kids together and those children can’t stand Cheryl.

According to the May 26th print edition of National Enquirer the kids blame their father’s relationship with Cheryl for their mother’s suicide and they have never warmed up to his “other” woman because of it. When forced to be around Cheryl they refer to her as “buzz kill” and want nothing to do with her no matter how hard she may try to win them over. The tension is so bad that Bobby has asked his ailing mother, Ethyl Kennedy to try and talk to the kids. He believes that maybe she can get them to be at least a little more tolerant.

While Ethyl is also not Cheryl’s biggest fan she concedes that the woman appears to make her son happy and he deserves that much. Do you think that anyone will ever convince these kids to give the woman who they feel replaced their mother a real chance? It seems to me that Bobby and Cheryl’s relationship was destined to be met with hostility because of all of the circumstances surrounding it. Will he ignore his kids wishes and marry Cheryl anyway? Tell us your thoughts in the comments below!