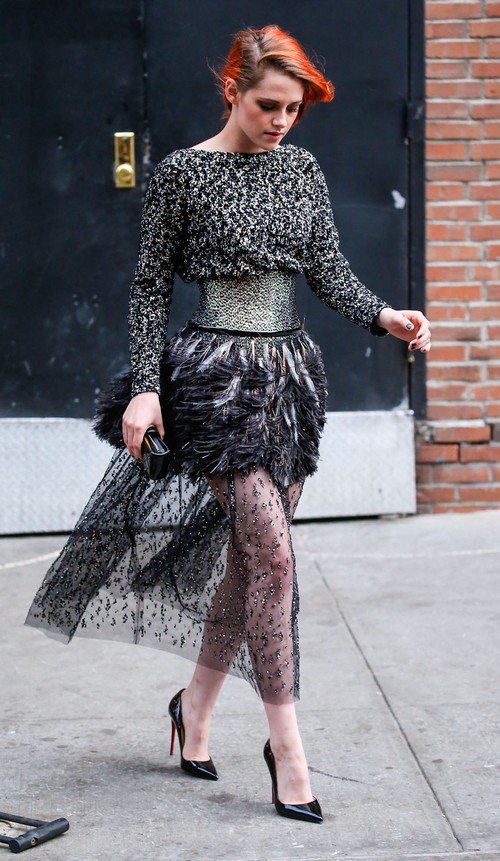 It is Robert Pattinson‘s 28th birthday today, and he’ll be celebrating it without his longtime (now ex) girlfriend, Kristen Stewart. However, sources tell us that since Kristen still hasn’t given up on getting Rob back, she’s decided to send him a birthday present. After all, both of them still remain cordial with each other, and you send gifts to friends, right?

That’s Kristen’s logic, especially since she doesn’t want to come off as needy or desperate. For those of you who don’t remember, Rob didn’t send Kristen anything nor did he fly down to spend any time with her for her birthday a few months ago. So if she goes ahead and visits him and/or gets him a present, it will definitely seem like she’s more interested in him than the other way around.

Then again, everyone already knows that. I’m starting to think that Kristen thrives on drama, because all her relationships have overlapped with each other, and whenever she starts to settle into a committed relationship, it seems like she finds someone new to latch onto. However, even though she’s the one who cheated on Rob with Rupert Sanders, the minute that they broke up, she was begging Rob to take her back.

That ‘begging’ continued well into last year, until Rob started publicly moving on with other women. However, Kristen has been planning a reunion with Rob for a long time, and she’s hoping that it’ll take place at the Cannes film festival when they’re both there. Plus, sending him a gift now for his birthday will only prove to him that she’s still interested in getting back together, and perhaps make him more amenable to the idea of getting in touch when they’re both at Cannes.

What do you guys think will happen? Will Rob accept the gift, and will he reach out to Kristen when they’re at Cannes? Let us know your thoughts in the comments below.