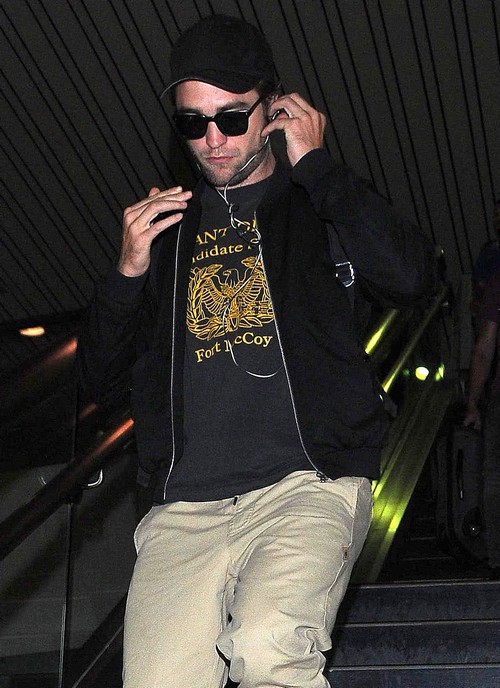 The 2014 Toronto International Film Festival is underway, and that means another set of Robert Pattinson and Kristen Stewart dating rumors. Yes, Twi-hards, we have some news that could make you very, very happy. Although Rob unofficially has a new girlfriend named FKA Twigs right now, and Kristen is supposedly ‘dating’ her BFF Alicia Cargile, our sources tell us that Rob and Kristen are still planning a little rendezvous at the Toronto International Film Festival.

As we’ve reported before, both Robert Pattinson and Kristen Stewart have movies playing at TIFF, and unlike last year, it’ll be extremely difficult for them to avoid running into each other this time. For one thing, their movies are playing a lot closer together. And for another, both of them have gotten to the stage in their careers where schmoozing and partying is almost a requirement, especially if they want to continue with their ‘indie’ careers. As such, there are a few big name industry parties that both of them will expect to hit, and trust me, it’ll be impossible for them to miss each other at these events.

Even putting aside an accidental reunion, some sources are claiming that Rob and Kristen could even be planning to meet up on the sly at TIFF. Technically, if they did hook up, they would be cheating on their significant others. Obviously, we know Kristen has no problem with that [we kid, we kid], but Rob? I don’t know if he’s willing to cheat on FKA Twigs, especially not after what he went through with Kristen. Then again, his team went out of their way to clarify that Rob is not technically ‘dating’ Twigs just yet, so he wouldn’t really be cheating on her if he hooked up with Kristen at TIFF.

What do you guys think? Will Rob and Kristen have a little reunion at this year’s TIFF? Will they avoid each other? Let us know your thoughts in the comments below.