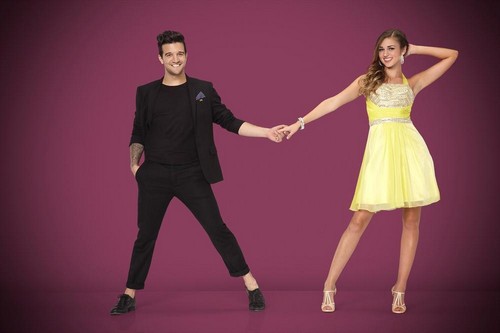 It seems like every season of Dancing with the Stars has one diva, who thinks she deserves special treatment, and is a terror behind the scenes of the ABC dancing competition. And Dancing with the Stars season 19 is no exception, but you will be rather surprised by which one of the celebrity dancers has put on her diva shoes. With all of the high-profile actresses and actresses on the show this season, the actual diva is none other than 17-year-old Sadie Robertson of A&E’s Duck Dynasty franchise.

The October 6th edition of OK! Magazine reveals, “Duck Dynasty’s Sadie Robertson, 17, boasts sweet dimples, fancy footwork, and a brat-tastic attitude!” The magazine’s inside Dancing With The Stars source explains that, “after interviews she [Sadie] turns her back and rolls her eyes. She often walks away from the other contestants as though she is better than them.” The controversial Robertson family may be a lot of things, but “diva” isn’t usually a word used to describe the members of the Duck Dynasty clan.

It’s ironic because DWTS season 19 has some high-profile celebrities, and we could totally see Pretty Little Liars star Janel Parrish or fashion designer Betsey Johnson conducting diva behaviors behind the scenes. But Sadie Robertson? The same Sadie Robertson who’s family wears camouflage 360 days a year and eats cat-fish and drinks iced tea out of a mason jar? Apparently, her reality TV fame has gone to her head, like it does so many teens who grow up on television.

Are you surprised that Sadie Robertson is being a diva? Do you believe the reports? Let us know what you think in the comments below!