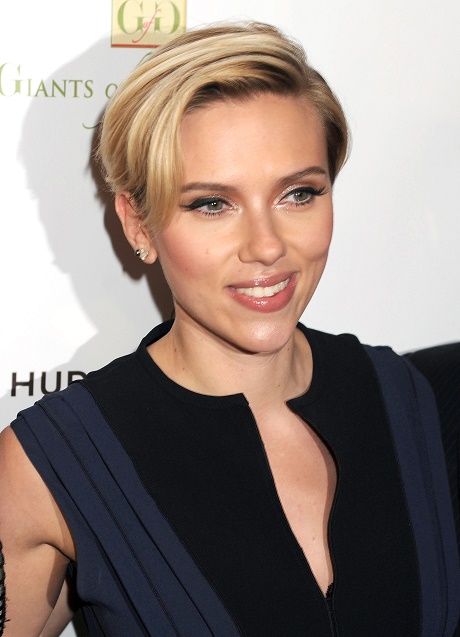 There were rumors that Scarlett Johansson went and got herself secretly married to fiance Romain Dauriac, and we’re now getting confirmation about the wedding. According to reports, the secret ceremony took place in Philipsburg, Montana on October 1st, and it was via the Granite County Clerk of the Court.

It’s been three months since Scarlett gave birth to her daughter, Rose, and it’s been more than a year since she and Romain were engaged. And as we know, Scarlett Johansson was previously married to Ryan Reynolds, although Scarlett definitely tries her best to get people to forget that little fact. She did recently discuss why her first marriage failed in an interview, albeit in a roundabout way.

She admitted that she was too young and too impatient and too unforgiving, and growing older has made her think twice about all these factors. Plus, she dated and married a civilian this time, and not being married to another movie star probably comes with its fair share of benefits. She doesn’t have to share the limelight, and their schedules are probably more compatible to raising a baby. All in all, Scarlett Johansson has somehow reinvented her career and her life in a way that I didn’t think possible – and she did it all without being a shameless famewhore [cough, Blake Lively, cough].

What do you guys think about the Scarlett Johansson marriage news? On top of Lucy‘s success, Under the Skin‘s surprising indie box office run, and Avengers 2 coming up, is Scarlett Johansson having quite a run or what? Seriously, I can’t believe how Scarlett Johansson went from making We Bought A Zoo a few years ago to the way she’s reinvigorated her life. Being pregnant had literally zero bearing on her career, even though she did almost no promotion for any of her movies this year.