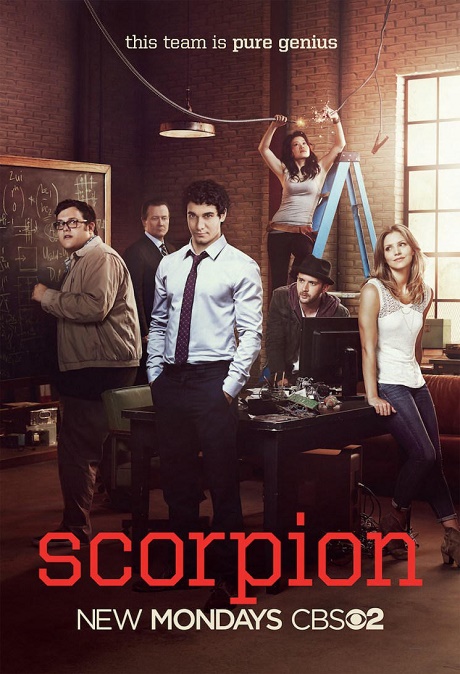 CBS’s new fall 2014 drama, Scorpion, has turned out to be a major hit. Get ready for more excitement because there’s going to be a Scorpion/NCIS: Los Angeles crossover episode! And, according to Scorpion spoilers, the series is only going to get better, because they are crossing-over with an equally popular CBS crime drama. Scorpion spoilers reveal an exciting Halloween episode coming up this month, feature guest-star Linda Hunt, who plays the part of Hetty on CBS’s NCIS: Los Angeles.

The October 27th edition of GLOBE Magazine reveals that Walter O’Brien and his team of elite geniuses are on the case of a stolen painting. Their hunt leads them to an elaborate Halloween party in Los Angeles, where they reach out to Hetty for assistance. The magazine goes on to explain, “O’Brien’s team “O’Brien’s team enlists Hetty’s help after the team’s mission to track down a priceless painting leads them to a Halloween party, and they need her expertise to go undercover at the event, sources say.”

Walter’s team of geniuses are brilliant, but when it comes to common sense and socialization skills, they seem to be lacking. If you have seen Scorpion, then you totally understand why a team of geniuses aren’t capable of throwing together simple Halloween costumes by themselves. There is no news yet on whether Hetty Lang will be the only NCIS: Los Angeles character to appear on the Scorpion cross-over or if she will have any of the members of her team tag along with her.

So, have you had a chance to watch Scorpion yet? What do you think of it? Are you as excited as we are for a Halloween episode and NCIS cross-over all at once? Let us know what you think in the comment section below!