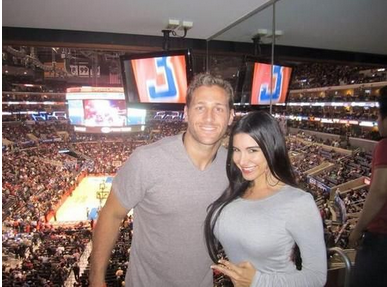 Remember the good ole days of The Bachelor? A single man courted thirty women from around the country and slowly sent them home until he found his one, true love. Then in a heart-stopping, tear jerking season finale The Bachelor got down on one knee and asked the final woman to marry him. Then the new adorable, love sick couple tied the knot on national television, and lived happily ever after. Well, those days are long gone.

We should have known Season 18 of The Bachelor was a joke when Juan Pablo couldn’t remember half of the girls’ names on the season premiere. If that didn’t convince Bachelor Nation, then the fact that ABC actually cast a soft-porn star (Elise Mosca) and a professional NBA players’ baby-mama (Cassandra Ferguson) should have been a tell-tale sign. There were really too many signs to count that screamed Season 18 is a SHAM. Regardless, no one is shocked that there won’t be a happy, storybook ending for Juan Pablo and rumored winner Nikki Ferrell.

Not only did Juan Pablo not propose to Nikki Ferrell at the end of the show, it looks like the couple broke up long before Season 18 of The Bachelor even began airing on ABC. Photos of Juan Pablo have emerged on Instagram with at least three different women since the Final Rose Ceremony, and none of them were Nikki Ferrell.

There is a reason why viewers dubbed Nikki Ferrell the “Villain” of this season though, and Juan Pablo should have known not to embarrass her and leave her hanging out to dry. Rumor has it Nikki Ferrell has full frontal nude pictures of The Bachelor that she is holding on to for safe keeping, and she already showed them to all of her friends. Juan Pablo is just one random bimbo away from Nikki Ferrell tweeting his nude pictures to the world.

Are you that surprised that Juan Pablo and Nikki Ferrell didn’t last? Or, are you more surprised that he was dumb enough to send her nude photos and then betray her?