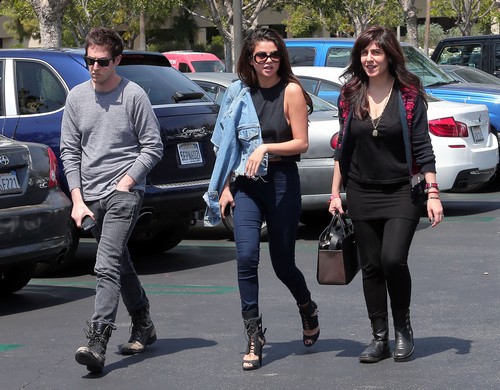 A few days ago it was announced that Selena Gomez had hired a new manager to replace her parents. Coincidentally, her new manager, Bradford Cobb, also happens to be the manager of pop-star Katy Perry. Selena Gomez has made a lot of poor and bizarre decisions as of late, but we have to admit that hiring Katy Perry’s manager may just be the smartest decision she has made in a long time. If Bradford Cobb can turn Katy Perry into a success, then he can surely turn around Selena Gomez’ catastrophic career.

Katy Perry and Selena Gomez actually have a lot more in common than most people realized. They are pop-stars, not singers, and can credit the majority of their sales to auto-tune. If Bradford Cobb can make Katy Perry millions off her auto-tuned songs, then he can do the same for Gomez. Both pop-stars also come from a strict and conservative family. And they aren’t exactly thrilled with their daughters’ business and relationship choices.

Recently, it was revealed that Selena Gomez has been partying much harder than anyone realized, and earlier this year she even spent a brief amount of time at a rehab facility. Just last month the pop-star was photographed arriving at a studio where her on-again-off-again boyfriend Justin Bieber was recording, and she could barely stand up on her own because she had been partying all night. Also, multiple sources have come forward and claimed that the star abuses prescription drugs and is an avid marijuana smoker.

Bradford Cobb has plenty of experience cleaning up Katy Perry’s partying discrepancies, so he will be able to work wonders for Gomez. And, he will do it without lecturing Gomez and throwing her in rehab like her parents used to do when they were her managers.

Lastly, and the most obvious thing Selena and Katy have in common, is their love lives. Sure Katy Perry is a pop-star, but what kept her relevant and in the news the past year is her relationship with the womanizing singer and serial cheater John Mayer. Their break-ups and make-ups tend to spread across tabloids like wildfire, a lot like those of Selena and Justin Bieber. Justin is Selena’s “John Mayer.” (What do you think about the Selena Gomez/ Justin Bieber relationship?)

How crazy is it that Selena and Katy have so much in common, including their manager Bradford Cobb? Did you ever realize how many similarities the two pop-stars shared? Do you think it is a fluke that Selena chose Katy’s manager to represent her, or is it possible she just made the smartest decision of her career?