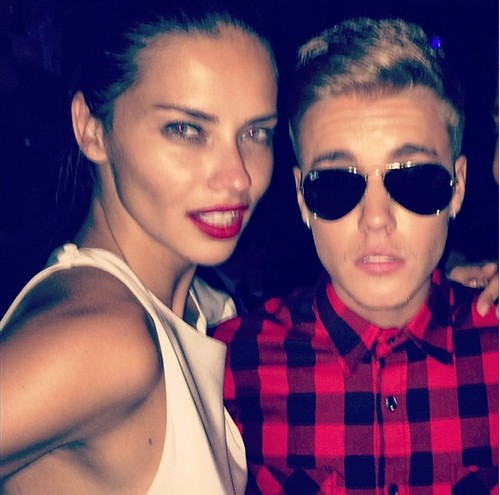 How is it that Justin Bieber keeps landing pretend-dates with all these insanely attractive models? Last year, it was the whole Miranda Kerr situation, and many, many legitimate sources claimed that they at least flirted, if not hooked up. And now, Justin is spending time with yet another supermodel, Adriana Lima, who also happens to be recently divorced.

According to the Instagram picture that Justin took of himself and Adriana, he wants you to think that he and Adriana spent the night together at some nightclub in France. Whether that’s the truth or not, that’s what he wants everyone to believe, and by everyone, I mean Selena Gomez.

It’s been a few weeks since Selena broke up with Justin and ditched him on social media, probably because she caught him flirting with Kylie Jenner. However, sources close to Selena explain that she’s still pining away for Justin, and that she’s not able to get over him completely. Does this couple thrive on drama, or what?

Anyway, Justin knows all this, and as the immature little prick that he is, he’s trying his best to make Selena jealous by posing with supermodels on his Instagram. He knows Selena probably periodically stalks his IG despite unfollowing him on it, and when she does, she’ll see a picture that makes it look like Justin and Adriana are bosom buddies. Granted, the truth is probably very, very different – i.e. Justin probably met Adriana at some party, and she probably acquiesced to his request to take a photo together. See, this is why you should never pose with Justin at parties – the press will immediately link you together, and then just assume the worst.

Either way, Justin’s attempts to make Selena jealous seem to be working, but how do you think Selena will retaliate? Let us know your thoughts in the comments below. 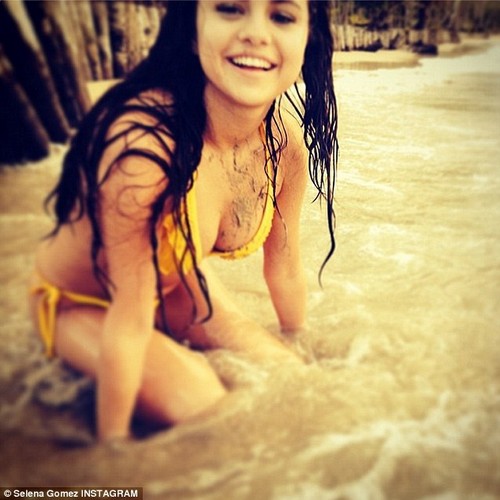