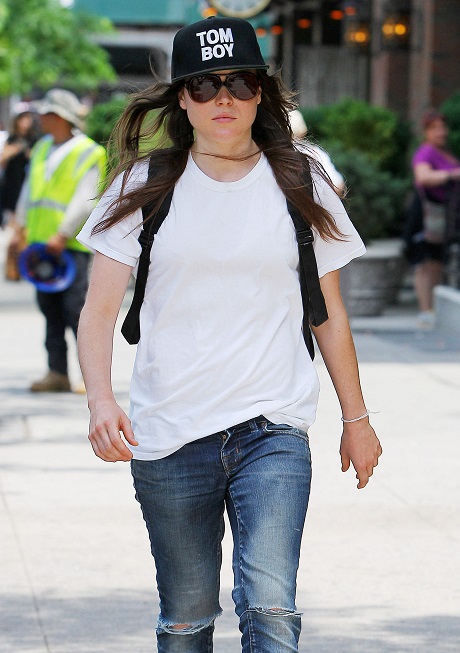 Tabloids have become desperate to start a new lesbian power couple after Ellen Degeneres and Portia de Rossi look like they’re headed for splitsville. As such, they’ve come up with a ludicrous report claiming that Ellen Page and Shailene Woodley are dating. I guess you can’t be a hippie dippie nature loving bisexual without being linked to another woman in Hollywood.

Ellen recently came out to the public, and her coming out was received very warmly by all her fans. However, a report from OK! Magazine suggests that more than anyone else, Shailene was the biggest support for her. A source explains, “Ellen really leaned on Shailene through the coming out process.”

Apparently, they’ve since been spotted ‘lunching’ together in Los Angeles, which has set off another set of rumors concerning the nature of their relationship. Forget the fact that they’ve been friends for ages, or the fact that they both grew up in the industry together. The tabloids make it seem like the only thing they have in common is their sexuality, which of course means ZOMG THEY’RE DATING in tabloid world.

Also, Shailene has been so busy promoting The Fault In Our Stars and filming Insurgent that I don’t think she’s really had time to go lunching with Ellen in Los Angeles recently. Even if the two ever had a fling – which wouldn’t be surprising – I doubt they are ‘dating’. In fact, Shailene doesn’t even seem like the type of person who’d be into monogamy, so hooking her up with other people right now seems like a moot point.

What do you guys think? Are Ellen and Shailene dating and/or hooking up? Let us know if you think the story is true in the comments below.