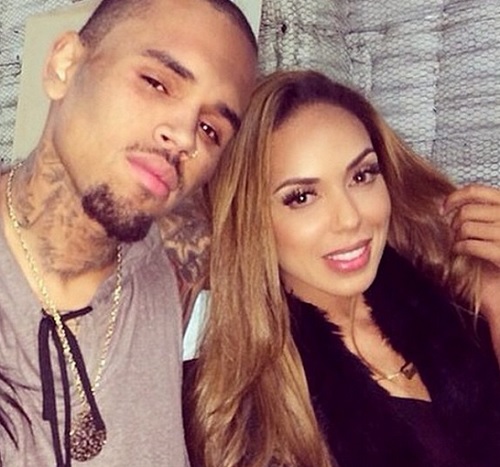 Stephanie Moseley, VH1 Hit the Floor star, was found dead after her husband, rapper Earl Hayes, shot her; he then shot himself. The horrible event occurred Monday morning at a fancy L.A. apartment complex near The Grove. Shots were heard by nearby residents, who then proceeded to call authorities. Once law enforcement arrived, Hayes and Moseley were found dead in the apartment.

Hayes was a member of Floyd Mayweather’s Money Team and was even signed to his record label at one point. He was often seen out with Floyd partying. Moseley, who was noted for her dance skills, had been a backup dancer for many notable performers, including Chris Brown and Brittany Spears. Chris Brown actually reacted to the news. In a note posted on Instagram, along with a photo (above) to honor Stephanie’s memory, he wrote, “RIP baby girl. Danced with me on tour and was always the coolest person. My prayers go out to you and HAZE family.”

While Hayes’s motivations aren’t precisely clear, sources close to both Hayes and Moseley tell TMZ that Hayes had accused Moseley of being unfaithful to him — and suggested she was having an affair with a famous singer. Wonder who it could’ve been?

If any new information regarding the deaths of Moseley and Hayes is released, we’ll be sure to clue you into the details!