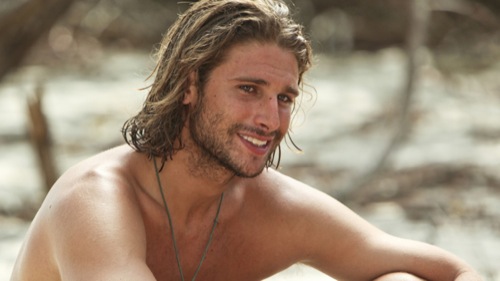 Survivor 2014 San Juan del Sur threw us a surprise with the week 4 episode 4 show. Drew Christy had it all…looks, charisma and a physical advantage over most players. Then suddenly, he became a monster. The one episode melt-down of Drew is one of the oddest things I have witnessed on Survivor in years. Survivor 2014 San Juan Del Sur is supposed to be all about surviving….right? Why then did Drew seemingly break every Survivor rule in sight during the course of one episode? Was he trying to get eliminated?

Regardless of his intentions, he was sent packing rather quickly. How did Drew manage to completely blow up his own game?

Throwing an immunity challenge was the beginning of the end. There is absolutely no way his team did not know he was throwing that challenge. The guy went out of his way to be obvious about it. In fact, he seemed to be literally trying to get sent home. Perhaps he realized that Survivor is a bit tougher than he expected and wanted to go home. Who knows?

He certainly portrayed himself as an absolute egomaniac. This guy was convinced that he could say anything he wanted to say and not pay for it. From a social standpoint, it appeared that he wanted to upset as many people as possible. When others tried to discuss options, Drew took a “my way or the highway” attitude. What he did not realize was that he was going to be the one hitting the highway.

Another odd thing is the way he targeted Kelley out of the blue. Even she seemed genuinely confused about what Drew was suddenly doing. The guy simply picked someone at random and started slinging arrows blindly. Fortunately, his tribe saw it for what it was.

The “out of the blue” nature of his meltdown seems to indicate that he was trying to get taken off the show. To throw a challenge that blatantly seems like a no-brainer to me. Could it be that Drew got out to Survivor San Juan Del Sur and realized that it was going to be tougher than he thought? There certainly was a lazy streak running through him throughout the time he was on the show. Perhaps he simply was sick of the difficulties of Survivor San Juan Del Sur. We will probably never know for sure.

What is known is that Drew is gone and his brother is left to pick up the pieces. Hopefully he will prove to be more resilient than Drew and stick it out. Only time will tell.