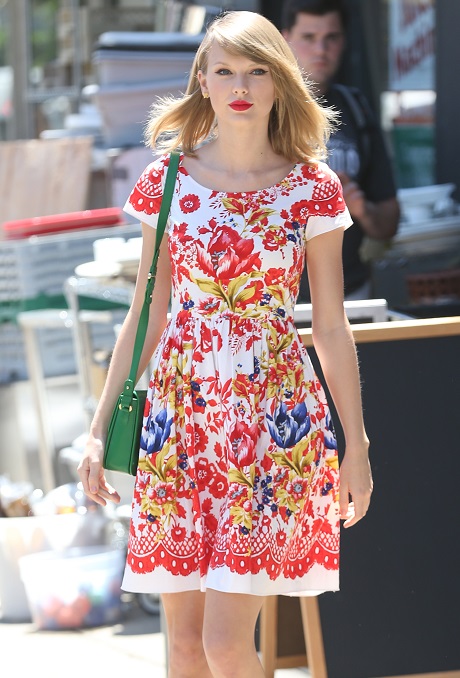 Taylor Swift apparently has writer’s block, which is one of the reasons we haven’t been bombarded by breakup ballads on the radio for so long.

A new report from OK! Magazine claims that Taylor has hit a wall in her songwriting, with sources blaming her non-existent love life for her writer’s block. A source tells OK!, “When she complained to friends that she’s hit a wall, they joked that she just needs some new boy drama to get her back on track.”

I don’t know why that’s a joke – most of Taylor’s hit songs have come after a nasty breakup with her boyfriend at the time, which also tends to be well publicized. Since Taylor hasn’t dated nor broken up with anyone in a long time, it makes sense that she’s having trouble finding inspiration for new material.

OK’s source also adds that Taylor has become extremely lonely and frustrated at her lack of romances, especially since her last ‘boyfriend’, Orlando Bloom, isn’t even interested in dating her. Maybe Taylor feels like all the guys are avoiding her because of her reputation? Or perhaps Taylor is purposefully staying single to prove that she doesn’t need a relationship to function.

Either way, her songwriting is suffering, and with it, her career. There’s nothing wrong in owning the source of your inspiration, and if breakups make Taylor write catchy pop songs, then so be it. She should embrace that fact, and take advantage of it. I mean, it’s not like she’ll be able to use it forever, and her fan base is notoriously fickle. Teenagers tend to move on fast, and if Taylor can’t keep their attention, she’ll have nobody left to listen to her  sing about her failed relationships.

What do you think about there being no new Taylor Swift songs as of late?