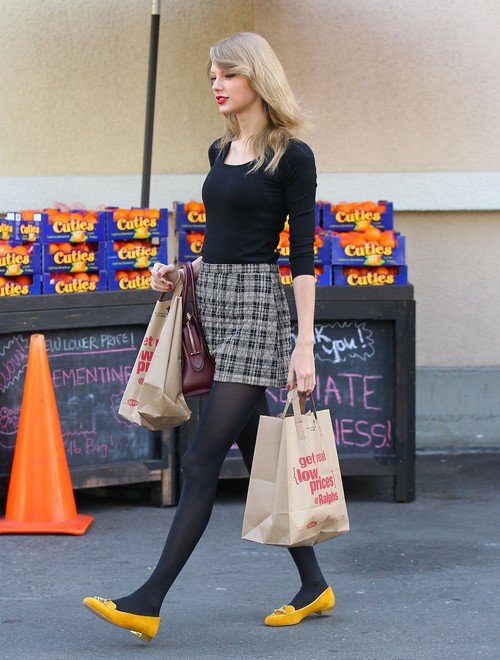 According to an exclusive from Lainey Gossip, Taylor Swift may or may not be dating 23-year-old Snapchat co-founder and CEO Evan Spiegel. Sources tell Lainey that Taylor’s been ‘spending time’ with Evan, which I’m guessing means that they’re testing the waters before full-on dating.

Spiegel was recently on the cover of Forbes magazine in their 30 Under 30 feature, where they profile under-30s that are game changers in their field. Obviously, at the young, young age of 23, Spiegel made that list.

Either way, Taylor and Evan were reportedly together at a party during the holidays, and there was some mutual interest being shown there. Although nothing’s confirmed, the sources claim that Taylor and Evan are definitely seeing each other for now, although it’s more casual than anything else.

How long before this turns into something serious? As we know, Taylor Swift does not do casual relationships, as evidenced by her string of failed romances. And Evan better get ready to join that list, and take the risk of being sung about in a single that ends up dominating the charts for weeks.

But hey, maybe this is the one who lasts? Just kidding. They’re both very young, and actually, kudos to Taylor for finding someone her age instead of someone barely on the cusp of adulthood. Evan Spiegel is definitely a catch, and it’ll be interesting to see how this relationship will hold up when one half of the couple seems significantly more well rounded than the other. What do they even have in common? Their piles and piles of cash?

What do you guys think about Taylor dating Evan Spiegel? Let us know your thoughts in the comments.

Update: Taylor’s publicist just contacted CDL and assured us that Taylor is not dating Evan Spiegel – in fact she says that while Taylor did attend the party in question she is going on record as saying that Taylor and Evan and NOT dating.  On the other hand, Lainey’s sources are sticking to their story that “Taylor attended the party with Evan and for him” and that the two are seeing other – at least casually.