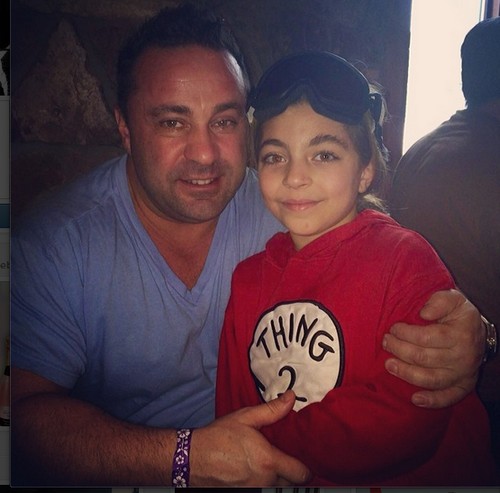 Teresa Giudice and Joe Giudice are reportedly ready to make a plea bargain over their 41-count indictment, which includes bankruptcy fraud, conspiracy to commit mail and wire fraud, and bank fraud. Phew – talk about a hefty list of charges.

Both Teresa and Joe were facing up to fifty years in jail for the charges, but the plea bargain has reduced their sentence drastically. According to reports, the plea bargain would entail Joe serving at least five years in prison, although Teresa would get off scot-free. There were rumors a while back that Joe was willing to take the fall for Teresa, and it looks like that came true. However, Teresa will be faced with probation if she escapes jail completely, which is to be expected. But what the couple can’t escape, no matter what they plead or agree to, is the $11 million in fines.

The couple will reportedly appear in court next week, which is when they’ll find out if the judge has accepted their plea bargain deal. However, if the judge does not accept, then it’s very possible that both Joe and Teresa will go to jail – and probably longer than the five years listed above.

Both Joe and Teresa initially plead not guilty to the charges in November, and they both proceeded to request separate trials. When that didn’t work out, they tried all manner of evasive maneuvers and media baiting to try to prove their innocence. And now, since none of their attempts have worked, they’ve finally agreed to plea bargain – which honestly is their best chance at avoiding their entire life in prison.

Do you guys think the judge will accept the terms of the plea deal? Let us know your thoughts in the comments.