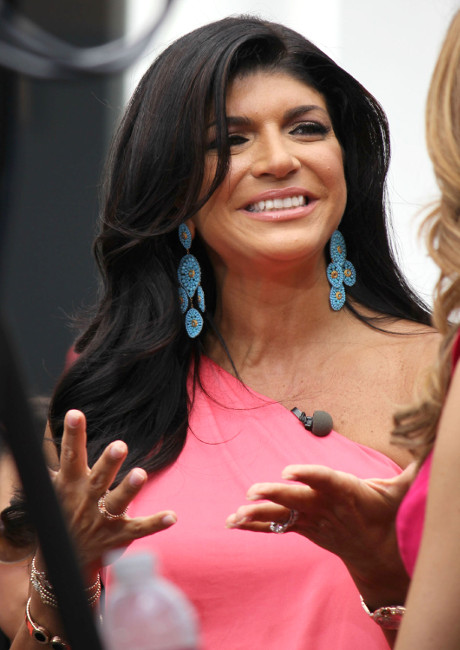 It seems like Teresa and Joe Giudice just plead guilty to multiple counts of fraud and already sentencing is right around the corner. I guess time really does fly when you are waiting to be brought to account for building an entire life on screwing people over. Teresa has tried to lay low and seems to spend the majority of her time holed up with her four daughters. She obviously gets the fact that she could get jail time right beside Joe on July 8th and is at least trying to make her time count now. Joe on the other hand is apparently as selfish as ever.

According to the June 23rd print edition of Star magazine, Juicy Joe spends most of his days getting liquored at his friend’s business, Jersey Meatball Factory. If you have watched The Real Housewives of New Jersey, then you probably already realize that Joe appears to be a high functioning alcoholic under normal conditions. I’m sure you can only imagine how he’s functioning currently.

Apparently, Joe is “day drinking” all day every day and has been spotted out in various NYC hotspots sloppy drunk. This is causing major problems at home because Teresa feels like Joe has already abandoned her by choice — even before the court likely chooses to send him away for (at least) 4 years.

Of course Joe is ignoring the family (a different situation than what was reported last month)  and staring at his life from the bottom of a bottle! I mean, did anyone really think that he would do it any other way? He has never really appeared to be there to hold up his family, so why on earth is anyone expecting him to do it now when he is probably living out his worst days? How long before Teresa finally divorces this schlep?