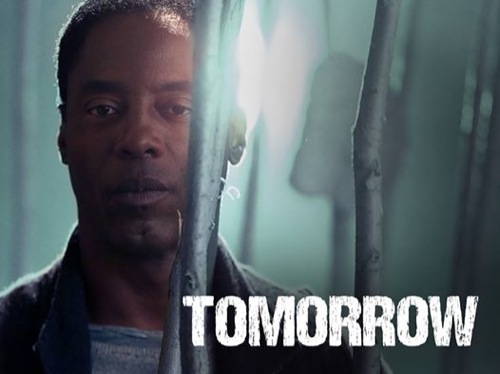 Tonight on the CW The 100 returns with an all new October 22, season 2 premiere episode called “The 48.” On tonight’s episode, an enemy returns in the Season 2 premiere. Later, Jaha makes a heroic decision.

On the last episode Clarke (Eliza Taylor) plead with Bellamy (Bob Morley) to do the right thing as conflict on the ground came to a head. Bellamy forced Octavia (Marie Avgeropoulos) to make a difficult decision. Raven (guest star Lindsey Morgan) and Jasper (Devon Bostick) worked against time and Finn (Thomas McDonell) made a bold move. Meanwhile, the situation on the Ark came to a stunning conclusion. Paige Turco, Isaiah Washington, Henry Ian Cusick and Chris Larkin also star. Did you watch last season’s finale? If you missed it we have a full and detailed recap, right here for you.

On tonight’s episode, picking up where the season one finale ended, Clarke (Eliza Taylor) is still alone in the white room, frantically trying to make sense of her bizarre surroundings, while the fate of Bellamy (Bob Morley), Finn (Thomas McDonell) and Raven (Lindsey Morgan) is still unknown. Lincoln (Ricky Whittle) and Octavia’s (Marie Avgeropoulos) daring plan is thwarted and an enemy returns. Meanwhile, Abby (Paige Turco), Kane (Henry Ian Cusick) and the survivors of the Ark must face physical and moral dilemmas in their dangerous and beautiful new world. Finally, Jaha (Isaiah Washington) makes a heroic decision.

Tune in tonight to catch the finale episode of The 100 season 2 on CW – we’ll be right here recapping it for you live!

Clarke sits on the floor in her solitary room in the mystery location. Piano music plays. She looks at a painting of Van Gogh’s Starry Night then out through a window. She is shocked when she sees someone in a HEPA suit there. She calls out and beats on the door. She asks where Monty is and asks what they did to him. She starts shaking the IV pole then grabs it and bashes the camera then breaks the glass and unlocks her door but cuts herself in the process.

She picks up a glass shard and approaches the worker. She snatches off her headgear and the girl panics and says she’ll contaminate her. She tells her Monty is okay and that she doesn’t understand. Clarke tells her to take her to him and the girl calls her Clarke. She asks how she knows her name and the girl says it was on her chart but then Clarke asks how they know her name. She drags the girl down the hall and she hands her her key card then badges her into an elevator.

The girl is terrified and crying. Clarke asks who they are. They get to level five and the doors open. Clarke sees a dining hall and a large group of people having a lovely dinner. A woman stands and points shouting – containment breach. Everyone screams and runs and several armed men creep up behind Clarke. She asks what’s happening to her.

Bellamy runs through the woods looking for Finn. He meets up with some others. They tell him they came to check on the ark that fell. They hear a noise and he tells them to follow him and stay quiet. They creep up and see that Finn and another of the 100 are tied up behind a horse. Finn tells their captor his friend can’t keep up but he doesn’t care and slits his throat. He tells him he lost 300 and that was just one.

He approaches Finn with his sword and Finn crawls back away from him. He gives Finn a bottle and tells him to drink. He says he has to keep one of them alive to talk to the commander. Bellamy and the others follow along as they go. Lincoln teaches Octavia a statement in another language – she’s to say: I’m Octavia of the sky people and I seek safe passage. She asks why she has to learn this and he says she needs to sound like one of them by the time they get to the sea. She says they have time.

She looks at a sketch he did and he says it’s a statue in the village they go to when they have to settle disputes. He treats a wound on her leg with a searing hot knife to cauterize it and says there was poison. She asks if he has the antidote and he says he gave it to Finn to save Raven.

She tells him they can’t go back to his village because he’ll be killed. She says each of his clan will stab him then feed him to the bugs. He tells her to keep the knife and says he’ll be right back. He says the antidote comes from beetles that feed on a particular moss and says he’ll find the beetles to feed to her.

At the site of the explosion, a man checks over bodies then rolls one over. It’s Raven. She’s alive, has a gun and shoots him in the head. Her leg is damaged. She sees another shadow creeping near and then someone comes in – it’s Murphy. He tells her not to shoot him and she reminds him that he shot her. She fires the gun several times but there are no bullets. He slumps down against a wall and tells her that he would have shot him too.

Clarke sits in a ward with restraints tethering her. A woman comes in and asks how her arm is. Maya, the girl she attacked, tells her if she had waited 10 more minutes she would have been cleared through quarantine. She tells Clarke she won’t press charges against her. The man with her tells Maya she can leave now and go get her treatment.

The man is the President and tells the guards the restraints aren’t unnecessary. He says his name is Dante Wallace and reaches to shake her hands. She sees paint on his hands and he tells her he’s a painter and knows she’s an artist too and a leader and says they have things in common. She asks how he knows and he says her people told him.

She asks for her watch but he says they can’t let contaminated items inside Mount Weather. Maya is lying on a bed getting a blood transfusion. He says they have 48 of them including her. He says the patrol brought in all they could find. She asks about the ark and he says if there are survivors, they will bring them in. She asks to see her people.

Trunk is brought in full of clothes. He tells her to change and meet him in the hall. There are beautiful clothes, high heeled shoes and even jewelry. She snaps the end of a high heel to stow on her as a weapon. She comes out in jeans and a shirt and Dante explains the noise is from a hydroelectric dam and explains they have a hydroponic farm.

He grabs the door and tells her to give him the heel. She does and he says she’s not fighting for her life anymore – she’s made it. He tells her welcome to Mount Weather. She is brought to an orientation session where Jasper and Monty run to hug her. She asks about Finn and Bellamy but they tell her they didn’t make it. She says they don’t know that.

She asks about Raven and then a girl, Keenan, comes over and hands her a book and welcomes her. It’s got a map of the facility and some other information. Raven asks Murphy what he’s doing there and he says he’s dying, the same as her. She asks how many more there are and he says none – they fried them all. He says the guy she left behind was just guarding her.

Raven starts coughing and he tells her to roll over on her side. He tells her she’s okay and wipes her mouth. He says he doesn’t want to die alone. Bellamy and the others run through the forest. He tells them he’ll distract the guy then tells Munroe to go for Finn. He calls three and runs out but then they’re not there. The guy drags Finn along then goes for Bellamy and kicks him while he’s down.

Lincoln hears Octavia scream. He tries to run and tells him there was a monster. He says the poison is making her hallucinate. He throws her on his back and walks her through the jungle. A hideous mutated humanoid thing watches them. So she did see a monster. At Mount Weather, Jasper and Monty are relishing the pie for dessert. Monty won’t share his cake and they play with each other.

Clarke comes over and tells them to sit down and pretend they’re happy to see her. They tell her they are. She says she’s not eating their food. She shows them the map and says there are no exits. She asks them to tell her the way out. Jasper asks why they’d want to leave and Monty says they are looking for survivors and it’s too good to be true. Clarke says it’s too good to be true.

Jasper goes for more cake and doesn’t see any. Maya gives him hers and says he can have hers. He says her hands are cold and she says it’s low vitamin D and says his is off the charts. She asks if they have chocolate in space and he says space sucks. He asks about the paintings and antiques around. She says they have tons of them there.

Clarke comes over and tells Maya she’s sorry about this morning. She says she was scared and worried about her friends. She manages to lift Maya’s key card from her. Jasper tells her that Clarke is intense but kept them all alive. Clarke walks off and an alarm sounds. She sees this as a sign she is a prisoner She runs for a restricted door, uses the badge and then pulls the power cable to seal the door.

She goes running up a long flight of stairs and sees a sign that says – emergency evacuation route. She gets to the top and opens a sealed door. She starts to go out and Jasper tells her to stop. He says even a little radiation can kill them. Maya grabs a gun from a nearby locked cabinet and holds it out. She tells Clarke not to make her shoot her.