The Assets RECAP 1/2/14: Series Premiere “My Name is Aldrich Ames” 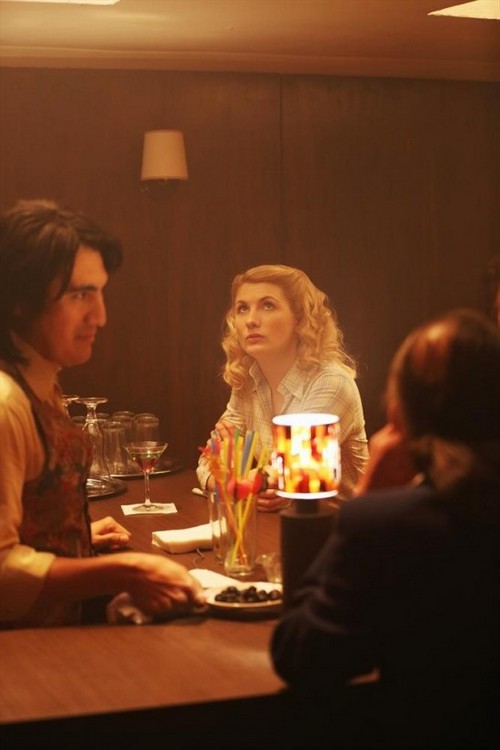 ABC’s thrilling eight-part miniseries THE ASSETS airs with its first episode called, “My Name is Aldrich Ames.”  The show is based on the real life events of CIA counter-intelligence officer Sandy Grimes (Jodie Whittaker, “Broadchurch”).

The series is set in 1985 and it is the final showdown of the Cold War when Sandy and her partner Jeanne Vertefeuille (Harriet Walter, “Babel”) vowed to find the mole who would turn out to be the most notorious and dangerous traitor inside the CIA, Aldrich Ames (Paul Rhys, “The Borgias”). Sandy is in a race against time to save the Soviet intelligence officers from being caught and killed. Living her own double life at home, this beautiful wife and mother vowed to stop at nothing until she uncovered the truth. “The Assets” will look inside the true, personal stories of the conclusion of the Cold War as told by the keepers of the nation’s secrets: the CIA.

On tonight’s show as the Cold War enters its final act, the CIA is sent scrambling when a rendezvous with a prized asset goes horribly awry. CIA officer Sandy Grimes begins her investigation into the source of the problem and quickly discovers that this lost asset is just the tip of the iceberg. Little does she know that this is just the beginning of a decade-long mole hunt, and the mole is one of her cohorts – Aldrich Ames.

Tonight’s episode of The Assets is going to be great and you won’t want to miss it. So pop some popcorn, grab a snuggle buddy, and definitely tune into this hot new series! While you wait for our recap, hit the comments and let us know if you are excited about this new series.

The season premiere of The Assets opens with a man in a restaurant, looking at a file labeled “Top Secret.” He orders a drink and looks out the window impatiently, and stares at all of the patrons in the restaurant with him. He stands up abruptly and calls for the check, then rushes out of the restaurant with his “Top Secret” file. The man, CIA agent Aldrich Ames leaves his top secret file with a secretary at a desk, and tells the secretary to have his boss call him after he reads it.

A woman named Sandy Grimes and her family are getting ready for school and work in the morning. She rushes off to work, leaving her husband to get her kids on the school bus.

Tammy arrives at work, the Soviet Union CIA Department, and is bombarded with messages and cases. She heads into her office, and meets with Aldrich Ames, who appears to be her co-worker. They are discussing a highly place KGB officer they have under-cover in the Soviet Union, Sandy wants to pay the mole more money that he has requested, but Ames thinks it is a bad idea. The head CIA agent agrees with Grimes, and instructs her to make the drop of the money in Moscow. Grimes sends a coded message to the US Embassy in Moscow and instructs them to make the drop to her undercover KGB officer. One of the American ambassadors heads out into the streets of Moscow to deliver the money to the KGB officer.

Grimes waits nervously back in the U.S. for word that the transaction went smoothly. The US ambassador that delivered the money is still out in the streets of Moscow trying to get back to the embassy, he is panicking and hopping on and off of buses because he thinks he is being followed.

Ames pays Tammy a visit in her office and apologizes for arguing with her over the money drop in Moscow. He tells her to “let him know how it goes” and heads out of her office.

Back in Moscow the American ambassador is trying to blend in with a group of homeless men, he has definitely been made and there is a man stalking him through the streets. After he thinks he shook him he tries to make the drop, but out of nowhere men began running towards him, they capture him and the KGB officer trying to pick up the money.

Word gets backs to Grimes and Aldrich Ames that the embassy employee has gone MIA, his wife reported him missing. Now Russia knows they have a spy. The embassy employee is being held illegally in a Soviet prison, and interrogated by a dangerous Russian military officer. The officer wants him to confirm that the US has a spy in the Soviet Union, and he promises to set him free.

Grimes is back in the U.S. trying to figure out how to get the embassy employer out of the prison. She is concerned about their Russian spy, she had a personal relationship with him, and she knows that Russia is going to sentence him to death for being a traitor.

In the Soviet Union the US Embassy is trying to negotiate their diplomat’s safe return to them. The Russians are not cooperating, and are not happy that the Americans were trying to pay a KGB officer to spy on them.

Sandy is relieved to hear that the Diplomat has been released, now she is trying to figure out if her spy has been captured, and who alerted the Russians of the money drop.

Leonid, the KGB officer, has definitely been compromised. After the Russians released the Diplomat they pulled Grimes’ friend Leonid out of a nearby cell. They take him outside and shoot him in the head in cold-blood.

The Diplomat is back in the United States, and Grimes, Ames, and her team are questioning him. They are trying to get to the bottom of how the Russians knew about the spy and the money drop. Grimes boss takes her aside and breaks the news to her that her friend Leonid has been executed by the Russians. Grimes is noticeably upset, she heads home to her family.

The next day Grimes heads to a basketball stadium to meet the head of CIA secretly. She tells him that their spy has been executed, but he is not surprised. He says that the spy’s execution is just the “tip of the iceberg” and the CIA is in trouble. He reveals that they had a phone-tap in USSR, and they had acquired valuable intel from the phone-tap. This is actually the second Russian spy that the Soviets have tried to take out. Grimes’ boss is afraid that they are about to lose the Cold War.

Sandy heads home, obviously distraught. Her husband tries to console her. He believes in her, and he’s not upset that she can’t share her “work secrets” with him. He is proud of everything she does, and he thinks she is a “warrior protecting her country.”

Sandy Grimes heads back to the office, feeling inspired, and determined to figure out how the USSR knows about all of their spies and phone taps. She realizes that Leonid had never even been at the drop, the USSR had completely set them up, they have a mole inside the CIA and they are two steps ahead of the Americans. She makes it her mission to find out who the mole is.