The Bachelor 2014 Spoilers: Clare Crawley Has Sex With Juan Pablo – Sneaks into Hotel for Hookup (VIDEO) 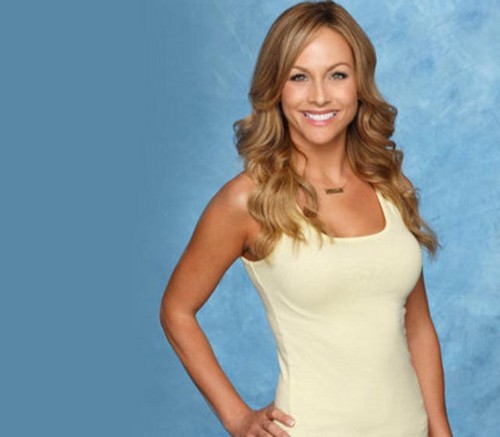 Bachelorette Clare Crawley has made it pretty clear that Juan Pablo is her man on Season 18 of The Bachelor. In the last episode of the Bachelor, Juan Pablo and the women traveled to Seoul, South Korea, and Clare Crawley rubbed some of her fellow contestants the wrong way on the trip. Some of the other women are beginning to notice that Clare is very territorial when it comes to Juan Pablo, and on group dates she seems to forget she isn’t the only one on the date with The Bachelor. Clare also has a tendency to get super jealous when Juan Pablo pays attention to any of the other girls, instead of her.

On Episode 5 of The Bachelor, Juan Pablo and the remaining women are traveling to Vietnam. In the promo video for Episode 5, Clare Crawley can be seen sneaking off to Juan Pablo’s hotel room late at night, and inviting him to go swimming with her. The clip of Juan and Clare swimming looks really hot and steamy. We can’t help but wonder if Clare seduces Juan Pablo while they are in Vietnam. That’s one way to mark your territory!

In other sneak peak clips for Episode 5 of The Bachelor, Clare and Juan Pablo appear to be arguing, and Clare is in a formal dress (which most likely means their argument happens right before the Rose Ceremony in Vietnam). Apparently Juan Pablo regrets his secret late night hook-up with contestant Clare Crawley. Ouch! Or maybe, some of the other women found out about their after-hours rendezvous, and slammed Clare for her actions.

Do you think we will see Clare Crawley and Juan Pablo sleep together tonight in Vietnam on The Bachelor?