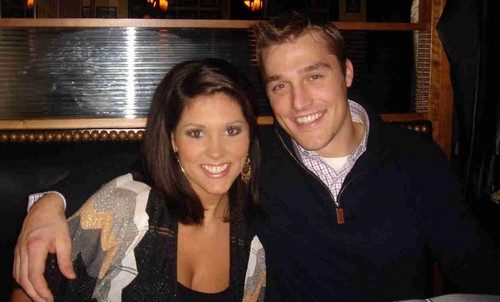 The Bachelor 2015 season 19 – What? It’s only season 19? Are you serious? THE 19TH SEASON of The Bachelor 2015 starring Chris Soules will be the most dramatic season in the history of forever. Fake Roses? Check. Fake smiles? Check. Weird host? Check. Crying? Check. Rose ceremonies? Obviously. Backstabbing? Yes. Useless television? Of course! The Nicki Minaj of reality television is coming to a crying parlor near you!

His name is Chris Soules, and he wants your daughter’s hand… In marriage. The unofficial official 32-year-old Bachelor is ready to pin those roses on frilly women in frilly dresses. Yes, it’s a kitsch massacre made in Hell. According to those in the know, Soules sold his soul to ABC earlier this week when he signed the official unofficial contract. Reality television contracts are drawn up in an underground Scientology lab, so Soules won’t see his soul for the next billion years, but who’s counting right? Fun fact: Soules’ soul was cut in half by Andi Dorfman a.k.a. The Bachelorette 2014. She left him at the second-runner-up-altar and made him cry. Boo-hoo, snot and sniffles!

The rugged Iowan and his sensitive heart will go on beatin’-beatin’ for some lovin’-lovin’ in 2015. ABC obviously took pity on the friendly farmer, because everyone loves a friendly farmer with a broken heart. Soules will rise from The Bachelorette 2014′ ashes like a constipated Phoenix.

Here’s a sneak peek at the new season:

Oh, there goes our excitement… We couldn’t contain it. Save our Soules and cancel the damn show!  That’s all we want.

Reality Steve was saying that Chris has inked a deal with ABC to play the part of Bachelor 2015 and Us Magazine was confirming this as well. But ABC made the news official on Good Morning America, Wednesday August 27. Meanwhile Chris Soules is getting some political activity by meeting Texas Governor Rick Perry of Texas at the Iowa State Fair. Below check out the pic Gov. Perry posted on his Twitter. 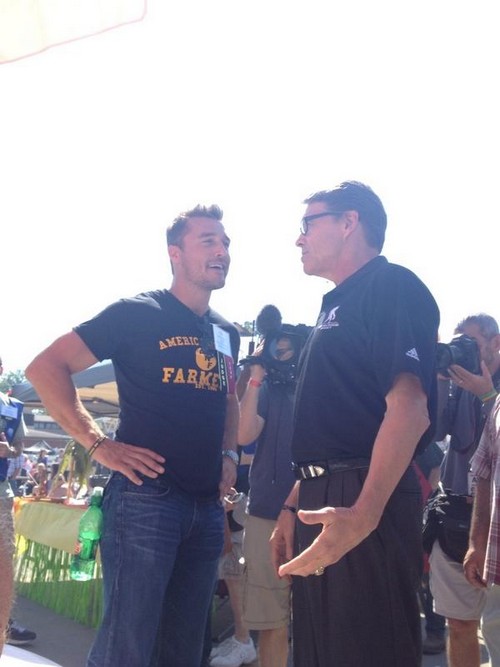