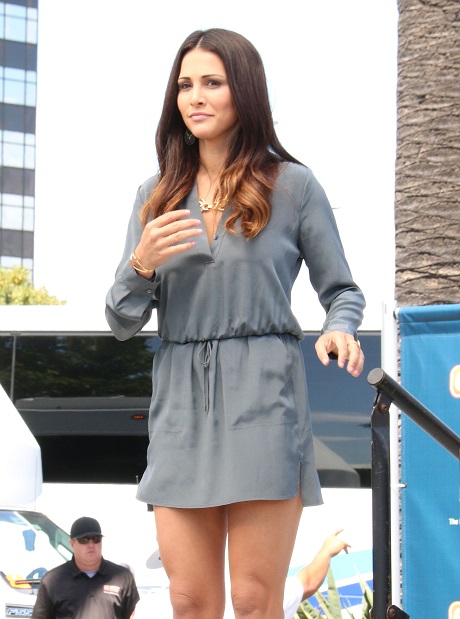 It seems like every summer around this time spoilers emerge that the current bachelorette is pregnant, so no one was exactly shocked when InTouch announced on the cover of their latest issue that Andi Dorfman was expecting. The magazine claims that Andi Dorfman was impregnated during the time of her fantasy suite dates; however, she is not sure who the father is because she slept with both Nick Viall and alleged winner Josh Murray.

Andi Dorfman laughed off the magazine’s claims, and took to Twitter to deny the rumor…sort of. On June 27th, Andi Dorfman tweeted, “I love learning from a ‘magazine’ that I am “pregnant.” Too bad my cramps didn’t get the memo.” We couldn’t help but notice Andi laughed off the pregnancy rumor but didn’t even acknowledge the fact that the magazine claimed she slept with both Nick Viall and Josh Murray during the fantasy suite dates.

Obviously, most members of the franchise deny that they have sex on fantasy suite dates; who would admit to that? But, Bachelor alum Courtney Robertson recently released a tell-all book claiming that, when she was in the fantasy suite with Ben Flajnik, they had sex over eight times in one night. So, if you truly believe no sex happens behind closed doors during fantasy suite dates, then you are seriously mistaken.

Do you think Andi Dorfman had sex with both Nick Viall and Josh Murray when she filmed her fantasy suite dates like InTouch magazine claimed? She certainly didn’t deny it; she just denied being pregnant. Let us know what you think in the comments below and don’t forget to check CDL for all of our Bachelorette spoilers and recaps. 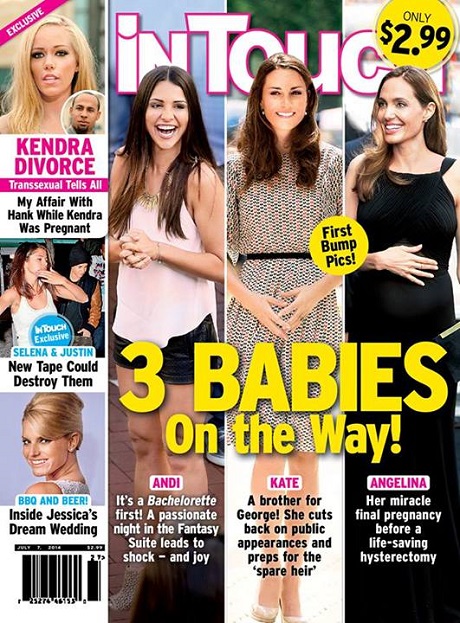