BY Amanda Austin on October 6, 2014 | Comments: one comment
Related : Recap, Television, The Blacklist 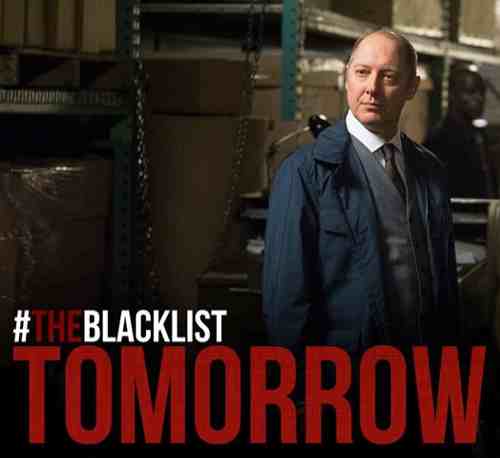 Tonight on NBC the criminal drama, THE BLACKLIST starring James Spader continues with an all new Monday October 6, season 2 episode 3 called, “Dr. James Covington.” On tonight’s episode The team tries to track down a sinister doctor and uncover his black-market operation. Meanwhile, Red [James Spader] tries to take advantage of a new opportunity in Indonesia, leaving him in a vulnerable position.

On the last episode when the Monarch Douglas Bank was robbed, Red (James Spader) seized the opportunity to try and take the money -laundering bank down. Liz (Megan Boone) questioned Red’s intentions as she investigated the crime. Meanwhile, a new member (Mozhan Marno) joined Cooper’s (Harry Lennix) taskforce after impressing everyone on the team. Diego Klatenhoff and Amir Arison also star. Did you watch the last episode? If you missed it, we have a full and detailed recap right here for you.

On tonight’s episode when a man is found with his heart cut out, Agents Keen (Megan Boone) and Ressler (Diego Klattenhoff) team up with agent Samar Navabi (Mozhan Marno) to uncover the intricacies of Dr. Covington’s (guest star Ron Cephas Jones) black-market operation. Meanwhile, Red (James Spader) and his associate try to capitalize on a new opportunity in Indonesia, leaving Reddington in a vulnerable position.

Tonight’s episode of The Blacklist begins with a man named Mr. Wyatt being kidnapped, his captors rush him into what looks like a hospital chained to a bed. A man in a surgeon mask stands over him and tells him that his time is up. The next morning the police find Mr. Wyatt’s body among a bunch of homeless people sleeping and his chest has been carved open.
Liz is sleeping in a motel and having nightmares about Tom, in her dream Tom shows up and tells her she can’t trust Red and she needs to know what happened the night of the fire. Just as Tom is about to tell her, Reddington barges in and shoots him, and then she wakes up.

Reddington is busy meeting with his business partner Nico. Liz meets up with him afterwards and demands to know where his wife Naomi is, she wants to talk to her. Red won’t answer her, and she wants to know why he is hiding his ex-wife. Red changes the subject, and asks her what she knows about Wyatt’s death. She thinks it was retaliation over a company he scammed, Red reveals that he was killed by a surgeon named Covington. Covington kills innocent people and sells their organs on the black market.

Ressler and Liz learn from the medical examiner that Wyatt had already had a heart transplant. The heart that Covington took from him, wasn’t his heart to begin with. They pull his medical records and realize that it was never documented he had a heart transplant, so he must have bought his new heart on the black market. They head to Wyatt’s house and talk to his wife. She reveals that he got a heart transplant a few years ago from Covington, and he was supposed to pay him $500,000 for every year that he used the heart. His business went under and he didn’t have the money, so Covington repossessed the heart he was renting him.

Meanwhile, across town Red’s business partner Nico is approached by a man named Vargas that says he has a “once in a lifetime opportunity” for him from Berlin. Nico heads over to Red’s and reveals to him that Vargas approached him with a deal and it was very lucrative.

Liz and Wessler manage to track down a man named Vargas who is a medical examiner and helping Covington transport organs and cover up the bodies that he has harvested. They bring Vargas in for questioning and he agrees to cooperate and tell them whatever they want to know about Covington’s operation, but he pleads with Liz to protect him from the crazy surgeon.

Liz and Ressler come up with a plan to set up Covington, they have their medical examiner them and tells them that there was a man killed in a hit and run and asks them to come pick up the heart. They use a pig’s heart to pose as a fake heart, and luckily the courier can’t tell the difference. Ressler follows the courier on his motorcycle and he and Liz are hoping that he will lead them to Covington. Unfortunately while they are chasing the courier, he is hit by a bus and killed.

Nico rushes and tells Reddington that two more of his business associates were approached by Berlin’s man Vargas and they have pictures of them talking to him. Reddington meets with the two associates, who deny hashing out a deal with Vargas. Red’s henchman throw his two lying associates in to the back of his car.

Liz and Ressler find a patient file in the courrier’s pocket for a man named Bernard Babbitt, he was the man waiting for the pig heart they tried to send to Covington. They realize that Babbitt has been on the FBI’s watch list for years and they have been trying to indict him on fraud and drug charges for years.

Red tracks Bernard down at a restaurant where he is eating his life away. Red asks him to put hi in contact with Covington, but Bernard refuses, he doesn’t want to sell the doctor out before he gets a new heart. Red slips Viagra in to Bernard’s drink so he starts going in to cardiac arrest because his heart can’t take the pills. Red tells Bernard if he calls Covington for him, he will let the paramedics save him.

Harold calls Liz in to his office, he got her psych evaluations back and they don’t look good, he is concerned. Her paranoia is out of control and he knows she has been sleeping in motel rooms, he says he isn’t going to put her on paid leave, but he wants her to come to him whenever she feels like she is drowning.

Red gets Covington’s phone number and hands it over to Liz. They are able to trace his location to a five block radius, but they have no idea which building he is in. They also overhear his phone conversation and learn that he is repossessing another organ, which means killing someone momentarily. They rush to the five block radius to try and find Covington.

They find an abandoned building and are sure that Covington must be operating out of it. Russler uses a crow bar to break in to the building. They find a trap door in the floor leading to a lower level. They grab their flashlights and head down to investigate. They head through swinging doors and find two patients hooked up to monitors and IV’s. It’s like a hidden hospital, Liz finds Covington in the middle of a surgery on a young boy. Liz pulls a gun on the surgeon and forces him to stop what he is doing. He explains to her that he uses all of the money he makes from renting organs to criminals to save young kid’s like Daniel’s life. He pleads with Liz to let hi put the lungs he just received in to Daniel before she arrests him, or else Daniel will die. Liz takes Ressler out in the hallway and tells him that they have to let Covington perform the surgery and save the young boy named Daniel. Ressler argues that this is crossing a line, and it’s a bad idea.

It turns out Nico is double-crossing Red, he leads Berlin’s man Vargas to Red and orders him to kill Red. Vargas pulls out his gun and then hands it over to Red, and they reveal that this entire time they have actually been playing Nico to see where his loyalties lie. Red shoots him and kills hi, and Vargas whines that he is going to faint from the blood.

Liz allows Covington to perform the lung transplant on Daniel, and then arrests him. While they are leading him out of his makeshift hospital, Ressler comments that the Elizabeth he knew a year ago would never consider bending the rules for criminals.

Reddington heads to a cabin in the woods where he is keeping his ex-wife Naomi, he walks in and she smacks him across the face.