The Bold and the Beautiful Spoilers: Bradley Bell Dishes On Susan Flannery’s Return as Stephanie Forrester 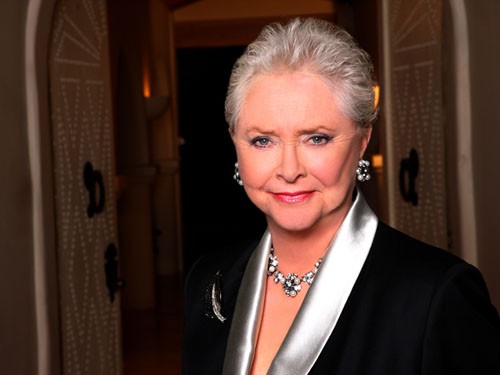 The Bold and the Beautiful’s coming and goings spoilers have been leaking left and right teasing major character exits, like Kim Matula’s, and returns, like Steffy Forrester. Bold and the Beautiful rumors have been churning out left and right that TPTB at the CBS soap opera are also bringing back some iconic characters, like THE Stephanie Forrester. The fact that the latest edition of Soap Opera Digest teases she may be returning on their cover – doesn’t help matters any. But, executive producer Bradley Bell has confirmed that Stephanie Forrester will not, nor ever return – not even as a ghost.

In an interview with Soap Opera Digest, Bell discussed whether or not Susan Flannery would be reprising the role of Stephanie Forrester any time soon. The EP informed the soap opera magazine, “I have not discussed it with Susan Flannery, nor will I ever discuss it with Susan. I’m happy with the way it ended. The character died and that was that, and we are leaving it at that. I think she made her final bow and I want to respect that so I won’t ask her, and if I did she’d say “no,” so I’ll save myself that.”

So it looks like Stephanie Forrester is one soap opera character that will not, nor ever, return from the dead. Although, considering all of the crazy soap storylines going around these days, it wasn’t far fetched to assume that Susan Flannery could be making a return. At least this is one rumor we can debunk and move on from. Would you have liked to see Stephanie Forrester return? Or do you think that the writers should leave her character dead? Let us know what you think in the comments below and don’t forget to check CDL tomorrow for more Bold and the Beautiful spoilers and news.