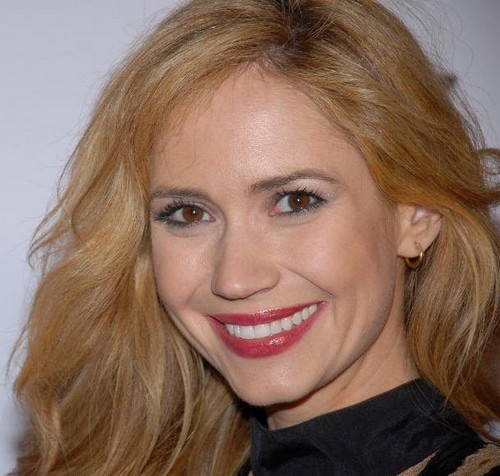 Thomas Forrester Returns: Bold and the Beautiful spoilers for 2015 in the latest edition of CBS Soaps In Depth reveals that Aly Forrester gets irritated with all of the guests living in the Forrester house – that spoiler spurred a ton of rumors that Thomas Forrester was headed home. And the fact that B&B coming and going news confirmed that his sister Steffy Forrester was making a return in 2015 only added fuel to the fire and increased the odds of Thomas making a comeback.

Hope Logan Recast: When Bold and the Beautiful spoilers confirmed Kim Matula was quitting the CBS soap, it was originally stated by TPTB that they would not be recasting the character. However, a week later, Bradley Bell confirmed in an interview that Hope Logan would still be a part of the CBS soap and they were recasting the part. Rumors are running rampant over who the new Hope Logan will be, and  names being tossed around are: Julie Marie Berman, Crishell Stause, and Kelly Kruger.

Maya’s Sister Nicole Avant: Earlier this month Bold and the Beautiful casting news confirmed that actress Reign Edwards was joining the cast of B&B and would be playing the part of Maya’s little sister Nicole Avant. Rumors have been running rampant regarding which Forrester Creations hottie the new character would be paired up with – and a popular theory among fans is that she could wind up hooking up with her sister’s ex-fiance Carter, or even possibly Thomas if he does return.

Caroline Spencer Pregnant: It just wouldn’t be a good love triangle between two brothers unless the woman in question wound up pregnant. According to the rumor mill Caroline Spencer will end up pregnant in 2015 and will have no idea whether her baby-daddy is Rick Forrester or his half-brother Ridge. At this point, Caroline hasn’t even actually had sex with Ridge – but who’s to say that she won’t?

Brooke’s Daughter Bridget Returns: Brooke and Eric’s daughter Bridget has been off the B&B canvas for quite a while, although she did make a brief appearance in 2013. Strangely enough, the character’s portrayed attended that Bold and the Beautiful holiday cast party and was photographed with her old co-stars, which spurred a slew of rumors that she is headed back the CBS soap.

So, B&B fans, what would you think of Bridget or Thomas returning? Do you think Caroline will sleep with Ridge and wind up pregnant? Would Chrishell Stause or Julie Berman make a good Hope Logan, or do you have another actress in mind? Who will be new character Nicole’s love interest? Let us know what you think in the comments below and don’t forget to check CDL tomorrow for more Bold and the Beautiful spoilers and rumors!