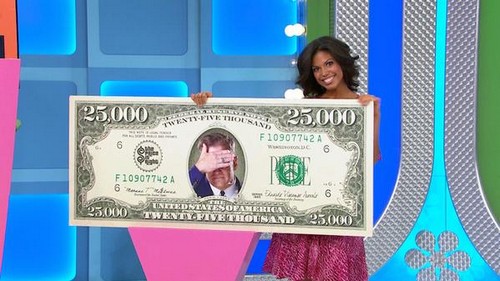 Monday December 1: Bold and the Beautiful spoilers tease that on Monday’s episode of the CBS soap, half-brothers Wyatt Fuller and Liam Spencer have a heart to heart about their relationships with Hope and Ivy. Wyatt encourages Liam to take it to the next level with Ivy (Ashleigh Brewer) and promises him that he and Ivy can be as happy as him and Hope are. On Monday’s episode B&B fans can also expect Liam and Hope to share an awkward conversation when he reveals to her that Ivy told him she is in love with him.

Tuesday December 2: On Tuesday’s episode of Bold and the Beautiful, all the ladies in Hope’s life gather around for her baby shower. Obviously Wyatt’s crazy mother Quinn Fuller (Rena Sofer) wasn’t invited, and she’s not happy about it. Deacon tries to reason with the grandmother-to-be, and gives her strict orders to stay far away from Hope’s baby shower.

Wednesday December 3: According to Bold and the Beautiful spoilers for December 3rd, despite Deacon’s warnings – Quinn decides to crash Hope’s shower anyways (like we didn’t all see that coming a mile away). However, Quinn’s feelings are hurt when she sneaks in and overhears Hope (Kim Matula) and her friends saying what they really think about Wyatt’s crazy mom. Meanwhile, at Forrester Creations the rivalry between Caroline and Maya continues to grow and Caroline (Linsey Godfrey) is tired of Maya coming between her and her hubby.

Thursday December 4: B&B spoilers reveal that on Thursday’s episode of the CBS soap, Bill Spencer decides it is finally time to intervene and put a stop to Quinn’s meddling and scheming. Bill (Don Diamont) has a serious talk with his son Wyatt and warns him that if he doesn’t reign in his mother – he could lose Hope for good. However, little does Wyatt (Darin Brooks) know, he is already losing Hope – because she is busy having an emotional conversation with Liam about their future.

Friday December 5: The tensions in Wyatt and Hope’s marriage come to head on Friday December 5th when crazy Quinn pays Hope a visit – and the two warring women in Wyatt’s life face off yet again. Meanwhile, Wyatt works desperately to put together a plan to rid Quinn from his and Hope’s lives for good.

So B&B fans, how do you think Wyatt plans to get rid of Quinn? And, would Quinn actually hurt Hope? Is she part of Kim Matula’s exit storyline? Do you think Hope will lose the baby before she leaves the soap for good? Let us know what you think in the comments below and don’t forget to check CDL tomorrow for more Bold and the Beautiful spoilers and news.