The Bold and the Beautiful Spoilers: Brooke Back Together With Ridge – Katherine Kelly Lang’s Return Air Date 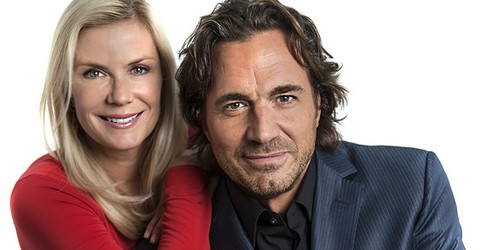 The Bold and the Beautiful spoilers and coming and going news have been teasing for quite a while that Katherine Kelly Lang is headed back to the CBS soap as Brooke Logan, but unfortunately details regarding when exactly she was returning were few and far between. Now, according to Bold and the Beautiful spoilers in the latest edition of ABC Soaps In Depth, we can confirm that Brooke Logan’s official return date is scheduled for Thursday January 22. The actress took some time off from B&B to work in guest star on a European version of Dancing With The Stars – but she finally returned to the CBS set this month.

On Bold and the Beautiful, the writers ushered her off the canvas this Fall by sending her to Italy to “find herself” after receiving marriage proposals from both Deacon and Bill Spencer. Since she left, her daughter Hope got pregnant and suffered a miscarriage and traveled to Italy to be with her mother. Bold and the Beautiful spoilers confirm that the CBS soap is recasting the character of Hope Logan with a Kim Matula replacement – so we can’t help but wonder if when Brooke returns she brings the new Hope home with her.

Ironically when Brooke Logan left Bold and the Beautiful, Bill and Deacon were both vying for her attention, but now they have both moved on with different women. It will be interesting to see who Brooke’s love interest will be when she returns to the CBS soap. Will Deacon dump Quinn for Brooke? Will Brooke steal Bill back from Katie? Ridge Forrester is finally single again, perhaps he and Brooke will get back together…again? Which character would you like to see Brooke with? Let us know what you think in the comments below and don’t forget to check CDL tomorrow for more Bold and the Beautiful spoilers and news.