The Bold and the Beautiful Spoilers: Does Brooke Choose Bill or Deacon – Maya Goes For Rick – Katie Suspects Ridge, Caroline 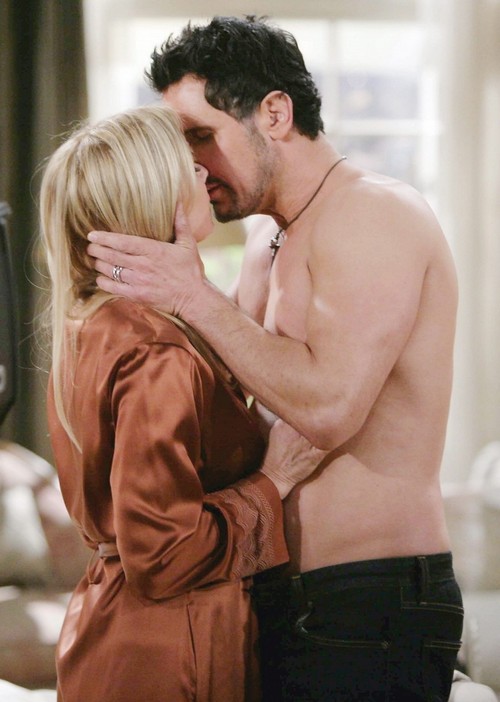 The Bold and the Beautiful spoilers reveal that the Wyatt-Hope-Liam love triangle rages on during the week of September 22-26. Since Hope learned that Quinn is the reason that Liam didn’t meet her in Paris to get married, she is still contemplating whether she made the right decision marrying Wyatt. But, according to Bold and the Beautiful spoilers, during the week of September 22, B&B fans will finally get to see some of the other characters on the CBS soap opera, besides Liam, Hope, and Wyatt.

Bold and the Beautiful spoilers tease another love triangle developing in the upcoming week. With all of the Paris drama, Brooke has managed to ignore Deacon’s proposal. But, Bill Spence hasn’t been able to ignore all of the time his almost bride Brooke has been spending with her baby-daddy Deacon. According to B&B spoilers, Bill and Deacon will face off, and fight for Brooke’s hand in marriage during September 22-26.

Liam, Hope, and Wyatt have all taken their turn cursing out Quinn for meddling with their romances when she pushed Ivy in to the river and made Liam late to the Eiffel Tower. But, according to Bold and the Beautiful spoilers, the one person who actually has a right to be mad at Quinn will confront her the week of September 22nd, Ivy. Interestingly enough, Ivy was trying to win over Liam before the news of what Quinn did emerged, so they have a common goal, maybe they will join forces to keep Hope with Wyatt?

Bold and the Beautiful spoilers also tease that in the upcoming week Ridge and Caroline will continue to grow closer while working on designs together. And, their significant others, Katie and Rick, are finally starting to see that Ridge and Caroline have a few undeniable sparks flying around the work room. Of course, Maya will seize the opportunity and attempt to make her move on Caroline’s suspicious husband Rick.

So B&B fans, what do you think of the never-ending Hope, Liam, and Wyatt saga. When the dust finally settles which man do you think Hope will choose? What about her mom Brooke, will she choose Bill or Deacon? Will Ridge and Caroline actually hook up and cheat on Rick and Katie? Let us know what you think in the comments below and don’t forget to check CDL tomorrow for more Bold and the beautiful spoilers.