The Bold and the Beautiful Spoilers: Can Aly Forgive Oliver – Ridge Reveals Helicopter Fall Not An Accident 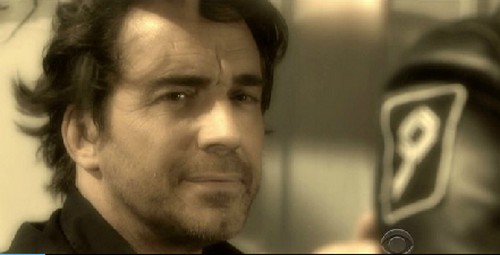 The Bold and the Beautiful spoilers are warning fans to expect some new romance but they have already been watching Aly Forrester fall head over heels in love with Oliver over the course of the last few weeks. However, some viewers were skeptical that their whirlwind romance might be a scam, and have questioned whether Oliver was just using Aly to secure his future at Forrester Creations. Apparently, they had good reason to worry, because Maya secured a recording of Oliver claiming he was just dating Aly to ensure he didn’t lose his job.

A new The Bold and the Beautiful spoiler video shows Aly and Oliver arguing, and it is obvious someone played the recording for Aly. In the spoiler video Oliver is claiming that he messed up and says, “I am so lucky to be with someone like you,” as he begs Aly for her forgiveness. Any B&B fan tell you that Aly Forrester is a loose cannon and this recent betrayal could push her over the edge and bring out “Crazy Aly.”

The Bold and the Beautiful spoiler video also teases a betrayal and a revelation. The betrayal is referring to Maya and Carter, apparently Maya’s fiancé learned that she tried to seduce Rick Forrester in the company steam room and has been spending every other waking moment obsessing over Oliver and his new relationship with Aly. The revelation the spoiler video is referring to is Ridge Forrester, who is regaining his memory, and declares that he knows his helicopter accident in Abu Dhabi was no accident.

Judging from the Bold and the Beautiful spoiler video, there is a ton of exciting drama coming up on the CBS soap opera. Do you think that Oliver’s apology is sincere and Aly will forgive him, or is this all a part of his scam? And, what about Ridge’s revelation? Do you think he has put two and two together and figured out that Bill and Justin were responsible for his dip in the Persian Gulf? Let us know what you think in the comments below and don’t forget to check CDL tomorrow for more Bold and the Beautiful spoilers.