The Bold and the Beautiful Spoilers: Quinn Tries To Kill Liam – Will Wyatt Save the Day and His Brother? 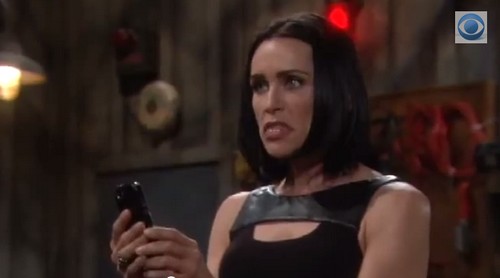 The Bold and the Beautiful fans have watched Quinn Fuller grow crazier and crazier every episode. She is determined to get Liam out of the way so that Hope will be with her son Wyatt again. And she has made it pretty clear there is no line she won’t cross to ensure her son is back in Hope’s life.

On July 4th, B&B fans were shocked when Quinn barged into Liam’s house, kicked him in his sprained ankle (which was also her fault), and held a sword to his throat. She declared that when she was done with him, he couldn’t come between her son and Hope anymore, implying that she planned to kill him. Deacon alerted Wyatt that Quinn left with the sword, and he raced to Liam’s house to save his half-brother from his crazy Mom — will he be too late though?

The odds of Quinn actually killing Liam with a sword are actually slim to none, but assuming he lives the fallout of her actions will still be huge. After Quinn attempts to murder Liam, the Liam-Hope-Wyatt love triangle is as good as dead. There is no way Hope is going to even consider taking Wyatt back after his Mom attempted to kill Liam. And, Quinn clearly didn’t think her plan through, because a near death experience is only going to push Hope and Liam closer, not drive them apart.

It will be interesting to see what will become of Quinn Fuller. Will they ship her off to a mental hospital or have her arrested? Do you think that Wyatt will show up in the nick of time and save his brother Liam from Quinn? Let us know what you think in the comments below and don’t forget to check CDL for all of your Bold and the Beautiful spoilers.