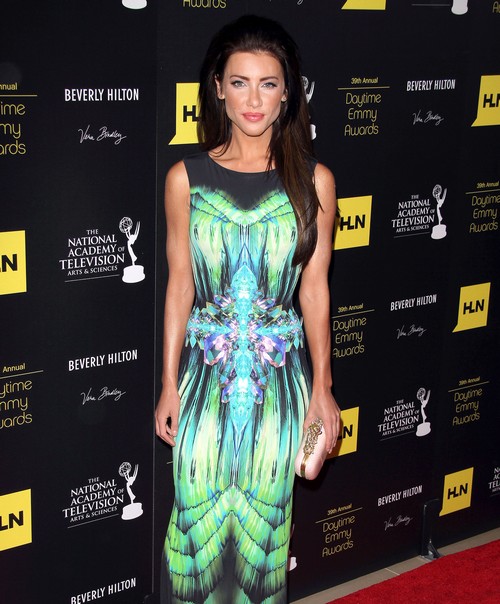 The Bold and the Beautiful spoilers teased last month that Steffy Forrester might be returning to the CBS soap opera. When Eric announced at Ridge’s welcome home party that Steffy and Thomas would be coming home to see their father, fans were in a frenzy over the news. Steffy Forrester isn’t exactly everyone’s favorite character, but she sure had a way of wreaking havoc and fans were excited to see what kind of damage she would do this time around. However, after Eric’s announcement Steffy never actually returned and was never mentioned again.

Jacqueline MacInnes Wood recently announced on Twitter that she had landed a role on the prime time TV show Anger Management. Wood tweeted, “Having such a blast filming with the fun and talented Charlie Sheen #winning.” It looks like Wood is moving on to bigger and better, and making a name for herself in the primetime world. The odds of her actually returning to Bold and the Beautiful are slim to none.

It happens time and time again on our favorite soap operas, and it is bitter sweet. We want our favorite soap actors to succeed and do well, but it still is tough to see them go. There is still the chance that the role of Steffy Forrester might be recast, but it is hard to imagine another actress taking on the part. When Ivy Forrester arrived on Bold and the Beautiful, fans joked that she was the new Steffy Forrester because she was meddling in Hope and Liam’s relationship. It looks like they may have actually been right.

What do you think B&B fans, are you happy for Jacqueline MacInnes Wood, are were you really hoping that Steffy Forrester would be returning? How do you feel about a Steffy Forrester recast? Let us know in the comments below and don’t forget to check CDL tomorrow for more Bold and the Beautiful spoilers.