The Bold and the Beautiful Spoilers: Who Is Hope Logan’s Recast – Steffy Forrester Returns – Thomas Returning Too? 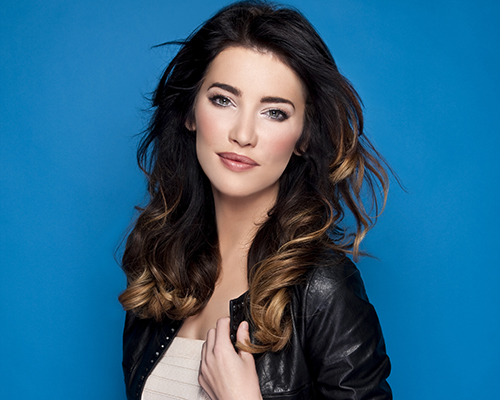 Brooke Logan: Katherine Kelly Lang took some time off earlier this fall to do a European version of Dancing With The Stars, the Bold and the Beautiful writers wrote her character out temporarily and sent her to Europe to “find herself” after receiving marriage proposals from both Bill Spencer and Deacon Sharpe. According to BB coming and going news, Brooke Logan will return to the soap on Thursday January 22.

Steffy Forrester: It was confirmed in December that fan favorite Jacqueline MacInnes Wood is reprising the role of Steffy Forrester, the character has been living in Paris with her mother Taylor and brother Thomas since 2013. Bold and the Beautiful coming and goings have not pinpointed Wood’s official return date, but it has been confirmed by TPTB that Steffy Forrester will be returning in January 2015.

Nicole Avant: Maya Avant has a sister! According to B&B spoilers, soap opera newbie Reign Edwards will debut on the CBS soap some time in January 2015 as Maya’s little sister Nicole. Rumors have been floating around for a few weeks that Nicole might end up hooking up with her sister’s ex-fiance Carter.

Wyatt Fuller: Darin Brooks is taking some time off to film the hilarious movie version of the raunchy comedy Blue Mountain State. On December 29 Darin’s character Wyatt headed to Italy after his wife Hope Logan, and according to Bold and the Beautiful spoilers he will be off the canvas for the entire month of January, and the character will not return to LA until February 2015.

Hope Logan Recast: B&B fans are still trying to wrap their minds around Kim Matula’s shocking exit in December – which apparently took TPTB at the CBS soap with just as much shock. Bradley Bell has confirmed that they are recasting the character and rumors of who will take on the crucial part. Word on the internet is that Julie Marie Berman (of General Hosital) and Chrishell Stause (Days of Our Lives) are currently contenders.

Thomas Forrester Recast: With Steffy Forrester back in the mix and a BB casting call out for a character that sounds remarkably just like her brother, rumor has it that when Jacqueline MacInnes Wood returns to B&B she may be bringing a new Thomas along with her – he also moved to Paris in 2013.

So B&B fans, are you as excited as we are to have Steffy Forrester back on the soap? Would you like Thomas to return as well? What do you think Maya’s little sister Nicole’s role will be in all of the drama at Forrester Creations? Will you miss Wyatt during the month of January? Who would you like to see take on the role of Hope Logan? Let us know what you think in the comments below and don’t forget to check CDL tomorrow for more Bold and the Beautiful spoilers and news.