The Bold and the Beautiful Spoilers: Hope Logan’s Final 10 Episodes on B&B – Kim Matula’s Exit Air Date – How Will She Leave? 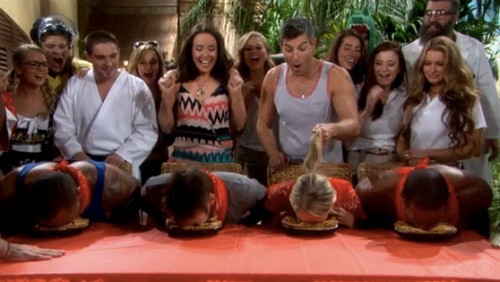 The Bold and the Beautiful spoilers recently confirmed that Kim Matula is quitting the CBS soap and her character, Hope Logan, will be exiting. Matula reportedly decided she wanted to pursue bigger and better acting roles and that her time as a soap actress had come to an end – however, she didn’t give the B&B writers much time to put together an exit story for the character. The latest edition of Soap Opera Digest reveals that Kim Matula’s last air date as Hope Logan will be on Friday December 12th, which is literally just ten episodes away.

Matula’s character Hope Logan is currently involved in one of the soap’s main storylines. Hope is pregnant with Wyatt Fuller’s baby and married to him; however, it has become pretty clear that she is still in love with his half-brother, Liam Spencer, and Hope has even confessed that the only reason she is staying with Wyatt is because she is having his baby. So, it’s Thanksgiving right now on Bold and the Beautiful and nothing has even been mentioned about Hope Logan leaving town.

When Bold and the Beautiful spoilers first confirmed Matula’s exit rumors began running rampant that Hope may be kidnapped or killed by Wyatt’s crazy mom Quinn – or she might even lose the baby and decide to leave town to find herself. But all of those storylines seem way too complex to go down in just ten episodes. At this point, the only logical theory is that Hope realizes she is still madly in love with Liam and can’t have him because he is with Ivy, so she leaves town in a tizzy, baby bump and all.

What do you think, B&B fans? With Hope Logan’s final air date just ten episodes away what exit could the writers possibly come up with? Do you think she throws a fit because she can’t have Liam and leaves town, or could there be more to it? Let us know what you think in the comments below and don’t forget to check CDL tomorrow for more Bold and the Beautiful spoilers and news.