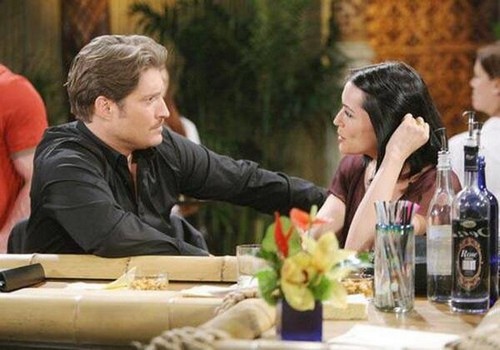 The Bold and the Beautiful spoilers revealed last week that Eric Forrester was stepping down as CEO of Forrester Creations and during the week of October 20 – 24 B&B fans can expect the competition between Ridge and Rick to gain control of the family business to really heat up.

According to spoilers for the CBS soap opera, Rick will spend the week of October 20 fantasizing about running Forrester Creations with his wife Caroline at his side, and dreaming that he and Caroline will be the next Eric and Stephanie. So, when Maya informs him that Caroline and Ridge are having an affair on October 23, Rick doesn’t pay her any mind. Meanwhile, Ridge too is fantasizing about becoming CEO, and Katie confesses to her sister Donna that Ridge has worked out an elaborate scheme to ensure that he is crowned the next leader at the family business. B&B spoilers reveal that on October 24 Eric will finally announce who his successor is.

While Forrester Creations is in an uproar over the vacant CEO seat, Hope and Wyatt are in an uproar of their own. According to Bold and the Beautiful spoilers for the week of October 20, Wyatt and Hope are livid when they learn that their parents Quinn and Deacon have been hooking up and are much more than just friends. Spoilers tease that Hope gives her dad an ultimatum, and will force him to choose between Quinn and herself.

So, B&B fans, Ridge and Rick both have their eyes on the CEO position, who do you think Eric will choose to run Forrester Creations? How long before Rick opens his eyes and realizes that Caroline really has been cheating on him with his brother Ridge? Will Deacon choose crazy Quinn over his daughter Hope? Let us know what you think in the comments below and don’t forget to check CDL tomorrow for more Bold and the Beautiful spoilers!