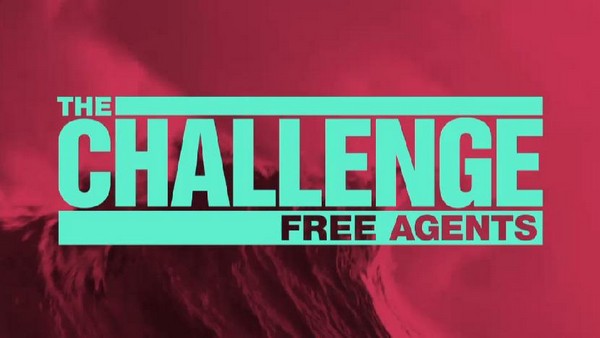 Tonight on MTV their long running reality series The Challenge: Free Agents airs with the finale episode called, “A Walk in the Clouds.”  On tonight’s show the final six competitors race up an active volcano.

For those of you who are new to the show, The Challenge: Free Agents is about twenty-eight money-hungry competitors who arrive in Punta del Este, Uruguay, expecting to be teamed up with an ex, an enemy, or even a weak rookie. Little do they know, this is an individual game, and they’ll be answering to no one but themselves in the most unpredictable Challenge ever.

On last week’s episode, it was all coming to an end and the players had to face another elimination in Chile right before the show led into the finale; rough rapids challenge. Did you watch the last episode?  If you missed it we have a full and detailed recap, right here for you.

On tonight’s episode now that we have the final competitors the competition is going to get intense, they will now be pushed to their limits on an active volcano.

Ok, so the white water rafting was dangerous. There was even a man overboard but that and the stupid puzzle from Stage Two was nothing compared to Stage Three! Those earlier stages were child’s play!

Stage Three was the Trial Hike and before they could begin they had to switch partners. So Zach went with Laurel and Devyn goes with Johnny. As for Bananas, he chose to go with Nany. All they had to do was make it up the mountain but the elevation knocked down a quit a few contestants.

The air is thinner up there and many people begin to feel the effects of such an occurrence within the first five minutes. Prior to this challenge Zach was seen as the toughest male competitor and yet he was slower than normal and then he freaked out on the actual climb on the mountain. Laurel had tried to be supportive but having a partner say they want to quit has only made her angry at him.

She can’t believe she got stuck with essentially a dud. And Bananas feels the same way. Nany had an episode when she saw a spider while climbing. He tried to get her to ignore it or at least walk around it though she preferred to give in to theatrics.

By time Bannas has convinced her to keep going, they manage to catch up with Zach and Laurel easily. It seemed that spider episode was one off because after that Nany is all athleticism. She even surprised Bananas with the way she helped make up the time and pass Laurel and Zach. Laurel would have normally been up on that mountain prior to Nany – though that wasn’t the case this time.

Zach turned into a little prima donna. He swore he was going to die during the climb and then he was too tired to trek it over the plains to get to the finishing line. With the way things were going – him needing a break (or a secret cry) – Devyn and Johnny might have also ended up passing them which would just be sad!

Luckily that didn’t happen. Stage three most definitely went to Bananas and Nany with Laurel and Zach coming in at second. And any team Devyn was on was of course last. But as long as they can make up the time with the next couple of challenges then everyone still has a chance at winning this competition.

Stage Four is the Volcano Bike and in this stage there are no teams. The individuals all have to bike 25 miles with the shortest time. It’s the end of the day and everyone has their own complaints and still they kept going. And that includes Zach who’s really sore.

Bananas came in first. After he left, however, Nany tried to quit. And she would have too if the producers hadn’t stopped her. They basically demanded she get back on her bike. She did even though her toes had felt frozen but funnily she didn’t come in last. That was again Devyn!

Stage Four was the last stage of the day and afterwards everyone got some much needed sleep. And by the morning, they had to deal with the final and most difficult Challenge yet. The mountain is much bigger than thought the plain they landed was only the half-way point. The rest of the mountain is covered in snow and if they thought the air was thin from their original position then they’re not ready for Stage Five.

Johnny won. He was the first to reach the flag at the end of Stage Five. He was closely followed by Bananas, then Laurel and Nany. The girls arrived at the flag with about a second difference. Throughout the last stages, both girls have been neck and neck. So no matter how this all ends Laurel can’t keep doubting Nany’s capabilities any longer.
Zach wheezed in at second to last and Devyn came in at dead last. Now all that’s left is to find out everyone combined time for all five stages to see who won!

And the long awaited results are: Winners for the guys and girls were Bananas and Laurel. They each won the full 125,000. Meanwhile, the second place winners, Nany and Johnny, each received 35,000. As for Zach and Devyn, they won 15,000 dollars coming in at last.

So really there weren’t any losers!