BY Heather DiPietro on May 4, 2014 | Comments: one comment
Related : Preview, Spoiler, Television, The Mentalist 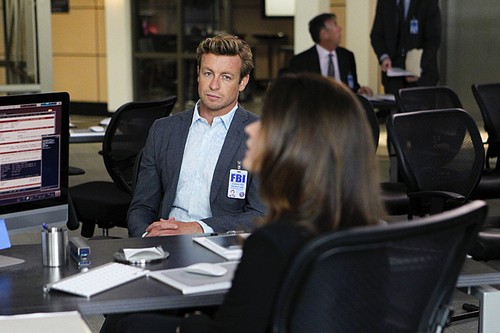 THE MENTALIST returned tonight with another new episode and I cannot wait till next week’s episode.  Good news, we have a sneak peek video and some insight for you below on what is going on next week’s episode 21, “Black Hearts.”

On tonight’s episode Jane’s freedom was at stake when a grand jury was empanelled to decide if he should be tried for the murder of Red John. Meanwhile, Lisbon tried to find out how Jane felt about the possibility of her leaving Austin with Agent Pike, and Cho and Abbott follow new leads in the human smuggling ring they recently uncovered.  More happened!  Did you watch tonight’s show?  We did and we recapped it right here for you.

Spoiler alert: If you’re one of those people who doesn’t like spoilers, stop reading now! We have some juicy spoilers for you about the season 6 episode 21 of CBS’s “The Mentalist.”

CBS Official Synopsis: “With time running out to save the victims of a kidnapping ring before they are transported overseas, Jane and Lisbon zero in on the criminal enterprise’s mastermind.  Meanwhile, Lisbon decides if she will move to D.C. with Agent Pike.”

On next week’s episode the head of a kidnapping ring is sought by Jane and Lisbon as the victims begin to run out of time. Meanwhile, Lisbon makes her decision about whether to move to Washington, D.C., with Agent Pike.

The Mentalist Season 6, Episode 21 “Black Hearts” airs on CBS on May 11th, 2014. Check out the preview videos from episode 19 below and let us know in the comments below what you think.