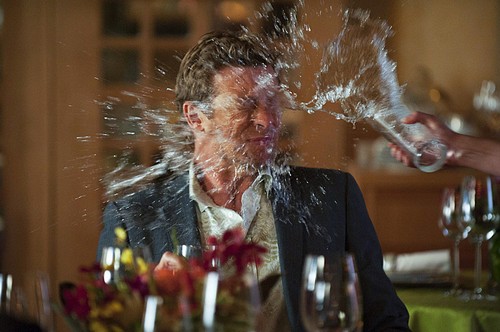 THE MENTALIST returned tonight with another new episode and I cannot wait till next week’s episode.  Good news, we have a sneak peek video and some insight for you below on what is going on next week’s season 6 finale, “Blue Birds.”

On tonight’s episode with time running out to save the victims of a kidnapping ring before they are transported overseas, Jane and Lisbon zeroed in on the criminal enterprise’s mastermind.  Meanwhile, Lisbon decided if she will move to D.C. with Agent Pike.  More happened!  Did you watch tonight’s show?  We did and we recapped it right here for you.

Spoiler alert: If you’re one of those people who doesn’t like spoilers, stop reading now! We have some juicy spoilers for you about the season 6 finale of CBS’s “The Mentalist.”

CBS Official Synopsis: “A new lead in a cold case requires Lisbon to delay her plans to leave for Washington, D.C. with Agent Pike, giving Jane time to finally come to terms with his feelings for her and decide on a course of action., on the sixth season finale.”

On next week’s episode in the sixth-season finale, a new lead in a cold case surfaces, forcing Lisbon to postpone her plans to relocate, and this delay allows Jane to examine his feelings for her and decide how to proceed.

The Mentalist Season 6, finale “Blue Birds” airs on CBS on May 18th, 2014. Check out the preview videos from the finale below and let us know in the comments below what you think.