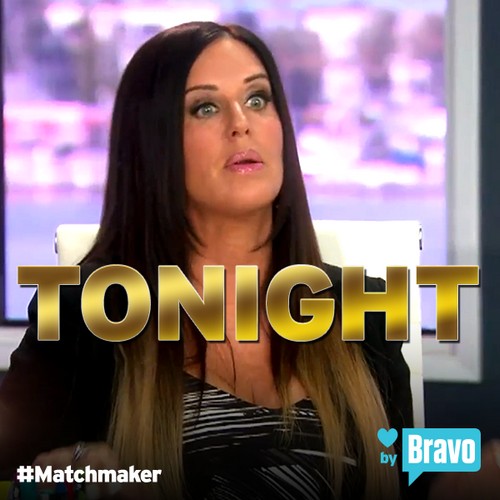 Tonight on Bravo The Millionaire Matchmaker returns with an new Sunday December 14, season 8 episode 2, called “Chilli and Jeff Ogden” and we have your weekly recap below for you. On tonight’s episode, Patti Stanger‘s first client is Rozonda “Chilli” Thomas, one of the members of the former girl group TLC. Chilli spends most of her time raising her son and touring, so her suitors are usually someone from the industry. Now that her son is 17, she is ready to get serious and find love. Can Chilli put her work aside long enough to find a real, down-to-earth guy?

On tonight’s show as per the Bravo synopsis, “Patti’s first client is Rozonda “Chilli” Thomas, one of the members of the former girl group TLC. Chilli spends most of her time raising her son and touring, so her suitors are usually someone from the industry. Now that her son is 17, she is ready to get serious and find love. Can Chilli put her work aside long enough to find a real, down-to-earth guy? Patti’s second client this week is retired NFL player Jeff Ogden. This is his second time seeing Patti, and this time he wants to go deeper and find a girl who’s right for him. Expert John Salley helps Jeff navigate the dating waters as a fellow former professional athlete.”

Tonight’s episode is going to be another drama packed one, which you won’t want to miss. So be sure to tune in for our live coverage of Bravos’ The Millionaire Matchmaker Season 8 episode 2 – tonight at 8PM EST! While you wait for our recap, hit the comments and let us know how excited you are about the new episode of TMM tonight.

Tonight’s episode of Millionaire Match Maker kicks off with Razonda “Chilli” Thomas, of the music group TLC.  She has a problem meeting men because they all assume that she already has a boyfriend.  Chilli is on the hunt for a significant other that is like a “male version of herself.”  Patti is surprised to be working with Chilli because she has always dated bad boys like Usher and it didn’t seem like she was that interested in love.

Patti heads to Chilli’s house to get to know her and what she is looking for.  Chilli reveals to Patti that TLC is back on tour, and she hasn’t been dating lately.  Patti asks her what went happened when she was dating Usher, but CHilli doesn’t want to talk about it.  Patti wants to find Chilli somebody who isn’t a part of the music industry – she wants her to hook up with somebody that isn’t in Hollywood.  She thinks that Chilli tries to protect herself and has too many walls up, Patti says she needs to “open up to love.”

Up next is Jeff Ogden, a former NFL football player.  He thinks he has improved since the last time he met with Patti, but he is hoping that this time he will be able to  find a relationship that sticks.  Jeff meets with Patti and reveals that his relationship with Melanie didn’t work out because he didn’t feel a real connection to her.

Patti sits down with her recruiting officer Candace to discuss what Jeff and Chilli are looking for in men and women.  Patti thinks that Jeff needs a little bit of help with how to go about dating women, he needs some help with his game.  She decides to set him up with NBA player John Salley, so that he can give him some.  John goes out for drinks with Jeff – and they discuss trust, and what it is like in the dating scene when you are a professional athlete.

It’s mixer day, and Patti heads out to meet the men and women that Candace and David found for their clients.  Patti starts making the rounds and meeting some of the potential dates – she is not happy when she realizes that Candace recruited a drummer in a band as a potential date for Chilli.  The whole point is they want to get Chilli dates outside of the music business.

It’s time for Chilli to meet the three men that Patti picked out for her, meanwhile Jeff gets to chat with the two women that they chose for him.  Jeff feels a little bit nervous because he is so overwhelmed by how beautiful they are.  Jessica introduces herself first, and then Giulini discusses travelling with him.  He admits that Paris isn’t that much fun if you don’t take a woman with you.

Patti interrupts Chilli’s chat with the guys and tells them that they are supposed to be getting to know Chilli and what she wants, and gets their conversation back on track.  When Jeff learns that Jessica runs a non-profit organization he is excited because he enjoys humanitarian work.

After getting to know the men and the women that Patti chose for her, Chilli decides she wants to go on a date with Brian.  Patti has a bad feeling about the guy that Chilli chose, so she and her assistants head to the restaurant to spy on their date.  Brian and Chilli have no idea that Patti is listening in,

Chilli asks Brian if he wants to have more kids and he shuts down the idea.  Patti is furious because Brian lied to her at the mixer and said he wanted to have more kids and that was why she chose him for Chilli.  She decides to interrupt their date and pull the plug – she heads out to floor to crash Chilli’s dinner with Brian.  She kicks Brian out and brings in Chilli’s second choice, Felix – who has an exciting day planned for them.

Jeff decides to take Giulini out on a date, they head to a boys and girls club and play football with the kids.  Afterwards, Jeff surprises her with a romantic dinner.  Meanwhile, Felix is taking Chilli to a western restaurant and surprises her with a mechanic bull ride.  She is thrilled to be doing something fun and outside of her comfort zone.  Jeff takes Giulini to a spa for a massage, he gets a few pointers from the masseuse and gives her a massage himself.

The next day Patti checks in on Chilli, she says that she loved hanging out with Felix but she didn’t really feel a connection.  But, she is ready to dive back in to the dating scene now and be more open.  Next Patti checks in with Giulini, who says that she and Jeff had a weird thing at the end and Jeff hasn’t asked her out again because she hesitated when he asked her out again.  Patti calls Jeff in and tells him he needs to step up to the plate and ask her out again.  Jeff agrees to take Patti’s advice and goes on his way.