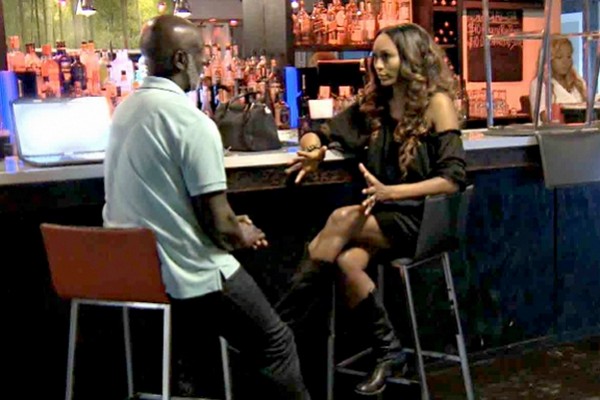 There is so much craziness happening right now on The Real Housewives of Atlanta that it’s almost tough to keep track of who is fighting and all of the reasons why! The show is back tonight with an episode called, “Mess Rehearsal” and on tonight’s episode with one week left until opening night of Kandi’s musical, Porsha heads to the studio to record her own single.

On last week’s episode Peter, Gregg, and NeNe’s explosive confrontation in Mexico continued to escalate, leaving the entire group in shock and dismay. Kenya met with Marlo to dish the dirt post-Mexico. Kandi began to wonder if casting Porsha in the musical was the best decision after all.  Did you watch last week’s episode?  We did and we have a full and detailed recap right here.

On tonight’s episode with one week left until opening night of Kandi’s musical, “A Mother’s Love,” Porsha heads to the studio to record her own single. Momma Joyce also stops by rehearsals and ends up having an open conversation with Todd on the future of their relationship. A shocking loss hits Kenya causing her to put aside all of the drama and realize what’s important in life.

Porsha is close to getting kicked out of Kandi’s play and she has no one to blame other than herself. That’s what happens when people who are still learning a work ethic confuse that with their pampered lifestyle. And Porsha is definitely spoiled!

She’s been skipping rehearsals and showing up late. Then when Kandi tried to correct her; Porsha kept coming up with excuses. Like trying to lay blame on Kandi’s people for her missing practice. Half of Kandi’s production already wants Porsha gone. So very soon Kandi isn’t going to find her behavior cute anymore!

Another thing that isn’t cute and needs to be taken down a peg is Nene. She wants to get into more serious acting like with dramas and she’s also looking forward to starting her own fashion line. Those are all noble goals, but why does Nene turn her nose up when her agent mentions “Scandal”.

She claims to have never heard of the show. As if an actress such as herself doesn’t need to hear about other shows when the reality is that as a Black actress she should know about “Scandal”. Especially as the lead actress and head writer are both prominent Black women.

It’s called keeping up with the times!

And it also happens to be a sore subject for Cynthia seeing as she’s only just learning that her Modeling Agency could be at risk of getting thrown out of its space because of yet another stupid risk her husband has chosen to take.

He’s never willing chose to include her with his business dealings. He only told her what was going on after the fact. Take his club. The bills haven’t been getting paid and now the club looks like it will be shut down due to foreclosure. But on top of that the same person that owns the space for the club is also the person that owns the warehouse that hold the Bailey Agency. So there goes two of their businesses or in other words most of their income. Yet Peter is still telling his wife that he got this.

Money has always been a sore subject between Peter and Cynthia. But did he really have to leave out the fact he was renting to buy instead of having already bought the building. That kind of a difference in generally something a wife should know!

Anyways their landlord has promised that he won’t lose the buildings to foreclosure and he’s offered Peter the chance to buy the building for the club. So of course Peter wants to take the landlord up on it although Cynthia has to point out to him that they can’t afford to do that. This time, hopefully, Peter will listen to his wife… you know unlike all the times before where he bought something behind her back!

Kenya recently experienced tragedy – her dog was viciously attacked by the neighbor’s dog and sadly Velvet didn’t survive it. So Kenya looked for comfort from her family and Cynthia and Kandi, but instead of turning her sadness into another dramatic production where she invites peoples she knows has a problem with her – she chose to be adult enough to not want to play games. Notice the people she didn’t call for support.

Meanwhile Kandi finally got her mother to see a therapist. Todd and her friends have been telling her that it was the only way to get Mama Joyce to listen and so she went through with requiring a doctor for a home visit.

She hadn’t spoken to her mother since the older woman was accused of setting Todd up with girls and wanting pictures of it. And arranging this meeting with the doctor was her peace offering. However no one can shake Mama Joyce into doing something she doesn’t want to.

The therapist advised her to listen and for a while there it looked like she was bent on ignoring him. Then Mama Joyce went to Kandi’s rehearsal and she spotted Todd there. The two of them started talking and for once – Joyce chose to hear Todd out.

She listens as he explained that he has never lived off of her daughter and he said he would like for her to come to like and/or love him one of these days. Now will that be possible if he doesn’t sign the prenuptial agreement?

In next week’s pomo, Todd continues to stall signing off on the pre-nup. Why is that?