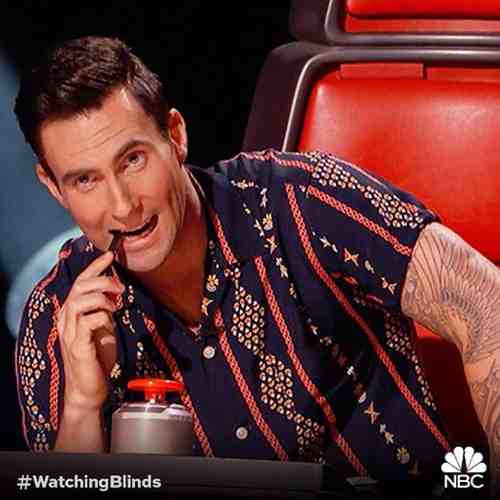 Tonight on NBC the Emmy award winning music competition The Voice continues with an all new Tuesday October 7, season 7 episode 6 called, “The Best of the Blind Auditions.” On tonight episode, the blind auditions have come to an end and now we look back at season 7.

On the last episode it was the fifth episode and the blind auditions continued, things began to get heated for the judges as the two veteran judges, Adam Levine and Blake Shelton faced off against each other and two rookie judges Pharrell Williams and Gwen Stefani. Did you watch the episode? If you missed it we have a full and detailed recap, right here for you.

On tonight’s episode the teams have been formed and now we’ll be taking a look at the past couple of episodes this season, checking out the best of the what happened during the Blind Auditions.

Tonight’s season 7 episode 6 is going to be exciting. We’ll be blogging it right here for you. In the meantime hit up the comments section and tell us your thoughts on season 7 of The Voice and the two new judges, Pharrell Williams and Gwen Stefani.

Right now we’re seeing the best of the blind auditions, Adam says he still gets so excited every season doing this show; he loves seeing the new talent every single year. First up is Team Pharrel, we’re going to see his team and what he thought as he was deciding who would be a part of his team. Blake says he stole a lot of artists from Adam and he loved it. FIrst up this season was Luke Wade, a soul singer that had all four chairs turn for him, Pharrel won him over with knowing what to do with Luke’s voice. Pharrel was so happy to get the first four chair turn artist, he knows Luke is already a super star.

Next up we see Brittany Butler performing on stage again and how Pharrel really loved her style and voice, they were insanely different. He also got Eljuh Rene, who called himself a mamas boy; he felt his voice was perfect and it’s somethign he can work with. Another four chair turn that he won, Pharrel really dominated this year with those.

We now see Maiya Sykes, the coaches were all trying so hard to get them on their teams; though Pharrel won her over with his sincere words and wanting to help improve her. Pharrel knows she has the voice, she is already a power house and it will be fun to work with her.

Nest up is Taylor Phelan, his voice really caught attention of all the coaches; he really impressed the coaches with his strong vocals and his control on his notes. Pharrel won him over in the end and had him join his team, he is so happy with how his team turned out to be. He knows exactly what he can do with their voices.

Team Blake is next, he absolutely loves the mystery of hearing the voices and turning around to see these artists who you would have never expected to be as amazing as they are. His first artist was Alisson Bray, she was a returning artist and really caught Blake’s ear. Blake charmed Allison and knew that he could use his country knowledge to help her improve so much more.

Blake also got Taylor Brashears who had such an authentic country voice when she sang, he had such a big grin on his face when hearing her sing; she owned the moment perfectly and he knew that he needed her on his team.

Next up is Reagan James, a 15 year old girl who had such a clear and different voice; Blake knew he had to have her on his team. Gwen even knew she was a gem, she knew she had a special something that she wanted as well. But Blake won her over in the end.

Next was James David Carter who had an amazing emotional country voice that not only caught Blake’s attention but the whole panel of coaches; they all could hear his talent. This being one of Blake’s four chair wins, he was really happy to have him on his team.

Next up is team Gwen, she wants to make sure she takes artists she can truly help and work with; she gets very inspired with artists who are orignal and love to song write. Blake says that she has a very charming personality and she loves to use her experience to get people to join her.

Gwen picked up Ryan Sill, he really caught her attention with his sweet sounding voice; he had such strong notes and loved having him join her team. Next she got Sugar Joans, who really showed off her R&B passion, Gwen really loved her vocals; she took her time to turn because she got confused by how great Sugar’s performance was.

Next up we see team Gwen’s Taylor John Williams, who with his performance really caught the attention of Adam as well. Though Gwen was the one to win him over, she was truly inspired by his voice and it made her so excited.

Next up Anita Antoinette who came back after getting no chairs to turn last season, she sang an amazing rendition of a Bob Marley song that truly caught the attention of all the coaches; they loved her. Though Gwen was the one to win her in the end.

Next up is team Adam, he is back and wants to take his talent to the top again this year; he’s ready for his third victory. Blake admits that Adam is one of his favorite vocalist, though still doesn’t like him.

Adam started off his team with Clara Hong from Georgia, her tone caught the attentoin of all the coaches. Adam knew that Clara was incredible from her voice and song choice, she was exactly who he wanted to work with and was glad she was his first artist.

Jonathan Wyndham was another win for Adam, when he heard his vocals and emotion in his singing; Adam knew he needed him on his team for sure. It was perfect, it really made him feel the performance.

Next up we see Mia Pfirrman, a pop singer who really attracted Adam with her vocals and the way she hit certain notes, he really liked her powerful voice and how she could control it so well. He’s glad to have her on his team, he knows what to do with her voice.

Next was Matt McAndrew, her had such a soft but emotional voice that really connected with Adam; he knew he was special and was for sure something he knew people would love. He needed Matt on his team.

Next is Damien who after a life or death situation realized he had to pursue his passion in life, the coaches lvoed his voice and turned around really fast for him. Adam really wanted him on his team, he could tell from the emotion in his voice and the passion that he meant every word in that song.