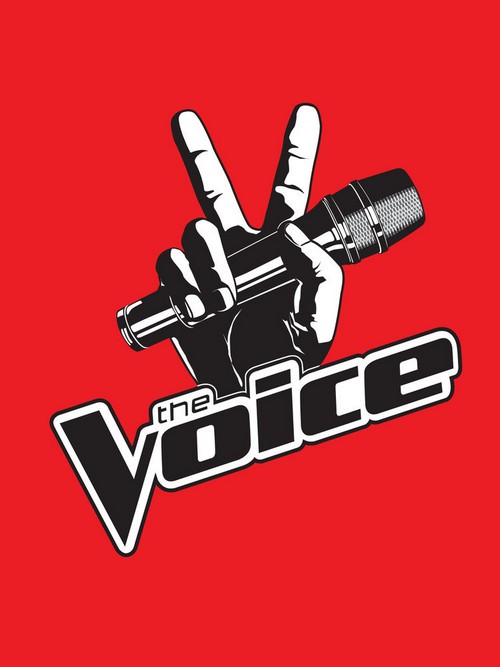 Tonight on NBC their Emmy Award winning music competition, THE VOICE returns with another new episode as the “Blind Auditions Continue Night 5” and the judges,  Shakira and Usher, Adam Levine and Blake Shelton continue to look for artists to fill their teams.  This is the last week of Blind Auditions and then we are on to The Battle Rounds.  Did you watch last night’s blind auditions Night 4?  We did and we recapped it right here, for you.

On last night’s episode we were past the halfway point in the blind auditions and the teams are coming together. Which means the coaches’ battles to land artists were getting more and more intense. Here are four things to know from the fourth night of auditions: Seasoned performer or raw talent, it doesn’t matter as long as you knock a coach out, Shakira is building a team of female powerhouses.  It helps an aspiring singer to have supportive parents and Sing to your level.

Tonight’s “Season 6 Blind Auditions Night 5 continue” is going to be an exciting one, which you won’t want to miss. So be sure to tune in for our live coverage of NBC’s The Voice – tonight at 8PM EST! While you wait for our recap, hit the comments and let us know how excited you are about the return of The Voice.

RECAP: First off is Kat Perkin and she grew up on a farm in a town with 300 people; she would sing all the time. She was in a band called Scarlet Haze and opened for Bon Jovi, but she was married to the drummer; though they got divorced and had to disband. Kat becmae a nanny after the break; the kids mean the world to her that she has to take care of. They really pushed her to join The Voice; they all believe she can be successful. Kat is singing, “Gold Dust Woman”.

Adam and Shakira hit their buttons at the same time. Usher hits hit button after her big note. Usher says she was incredible because he felt it was a country song but loved her voice; though when she held that long note he could not believe it and wants to support her through this. Shakira says she is amazing, she wants her desperately and explains that she has done a lot for herself in music and wants Kat to architect her career. Adam says that was the best female voice he has heard in a long time; that long note just seared the entire audience. Kat picks Adam to be her coach.

Next up is Gabi Ramirez and he moved to California to pursue music; it is a job that helps pay his bills and work on his music. Gabi before The Voice he wanted to play soccer really badly, but in college he realized he loved singing a lot; his friends started asking him to sing at weddings. Gabi took this risk to show that his family is more than just about soccer. Gabi is singing “The A Team”.

Nobody turns for Gabi; Shakira says it was beautiful but was just missing his climb and power. Adam felt like he wasn’t showing enough in his vocals, Usher believes he had to sing like it was his last and really hit the notes stronger.

Next up is Paula Deanda and music has always part of her life; her song got played on the radio when she was 16. She was signed for a label and opened for Rihanna, but she recorded two album but only one was released since she was dropped. She is really happy to perform in front of Shakira; she has struggled a lot with music and this is her chance to make it. Paula is singing “The Way”.

Blake and Shakira turn around for Paula. Adam says there were moments that were great but other that were not; Shakira says she enjoyed the performance a lot and loved the high notes. SHe believes that Paula is going to improve tons under her. Blake says that Paula did an amazing note and knew for sure he had to hit his button; he knows she isn’t afraid to try anything and improve much more. Blake sees a victory in her future but only on his team. Paula chose Blake to be her coach.

Next up is Jake Barker, he did nothing in music and was in sports; though he has a big case of stage fright. Jake put up a YouTube video at first but he feels comfortable alone on camera but is terrified of stages; he got to New York and a manager. He just didn’t like the music he was being made to do and gave it up; this is Jake’s first live performance. Jake is singing “When I Was Your Man”

Usher turns for Jake. Adam turns near the end. Shakira then follows. Usher says he has an incredibly voice and that the song complimented his song; Adam is amazed it is his first time performing on stage and believes that he has a lot of potential to grow. Usher says that Jake would be one of the greatest voices on his team. Blake decides he wants Usher to be his coach.

Next up is Luke Cooper and he got into music at 19 by joining a local band; he even toured. Luke got hooked on drugs and such but after he knew he had a baby on the way he changed his life; when his song was 6 he left the band to be a father. Luke is singing “Radioactive”.

Nobody turned for Luke, Blake says he sang it really good and because they were all hovering over the buttons; he just felt that he was staying at one voice for a lot of the song but believe he is a great singer. Shakira says it was great but others not as controlled; Adam agrees because that the style took over too much but he did like it a lot. Usher regrets not turning his chair; he really felt like he was too picky with his last slot left.

Next up is Ria Eaton and her mother was a professional dancer, though she wanted to go ahead and be a singer; 5 years ago her father lost his job and they have been struggling. Ria recently started working as an ear piercer at a mall, but recording time takes a lot of money; Ria is singing “Cups”.

Shakira and Blake turn right at the end; Ria was so shocked and it brought tears to her eyes. Blake says she started singing better when she thought they were not going to turn for her; Shakira says she had a few issues in the beginning but really developed well into the later half. Ria decides that she wants to go with Blake.

Next up is Cierra Mickens and when she was three her parents divorce; her dad started her in church singing. Cierra was going to go to law school, but she wanted take a chance at pursuing music; she moved back to Alaska and there is nothing there to help her pursue music. Cierra is singing, “Crazy”.

Shakira hits her button. Blake then follows. Usher turns right at the end. Shakira gets out of her chair to go talk to Cierra and tells her she believes in her; she is confident they can win together. Blake says he needs back up and says Usher deserves a foul for his chair turn at the end. Usher then says that they will have strong connection that will help them win. Cierra decides that she wants Shakira to be her coach.

Next up is Tyler Montgomery and has been playing music since he was young; he has a very raspy voice that many people don’t expect. When Tyler was a kid he got a call that his fathers house was on fire; they rushed to go see the farm as it burnt down and he saw his fathers burnt body. After his father died he became depressed and taught himself to play guitar; it was his therapy. Tyler is singing “I Wish”.

Nobody turns for Tyler and Blake can’t believe it; Adam is surprised he was a man. He was so sure it was a girl; he believed that his performance wasn’t as stellar for a Stevie Wonder song. Adam believes if he did a different song it would have worked better; he really wants him to come back.

Next up is a duo Alaska and Madi; they have been friends since they were 12. They won a competition that Blake won when he was younger; they have been so close for a long time. They might have to go separate ways and this is for them to assure themselves that they should stick together; this is their last chance. Alaska and Madi are singing “Barton Hoolow”.

Adam hits his button. Blake then hits his button. Adam says he knows he is screwed but he truly believes that he is dedicated to bring them to victory; he loved how in sync their note was. Blake says that it’s meant to be; he loved their singing and because he felt like they can relate. Since he has been in there shoes before; he knows that they can work well together. The girls pick Blake as their coach.

Next up is Ddendyl and she lived in a very small town where the cows out number the amount of people by over 10,000. Her dad plays so many instruments, he would go in the middle of the streets playing the bagpipes. When she was 5 her dad would hit notes seeing how high she could go; when she was 14 she got a chacne to do music at an academy. Ddendyl is a lounge singer but she really would like to be bigger than that; she wants to be known. Ddendyl is singing, “Stand By Me.” Shakira hits her button right away.

Ddendyl is automatically on Shakira’s team; Shakira says she loves the air in her voice and the quality. Usher says that Shakira is going to be an amazing coach for her and that she is going to have an amazing time.

Last up for tonight is Josh Kaufman and he is a father; he is a working musician and it doesn’t always pay the bills. He feels like doing music for a career wont be for him anymore since it isn’t paying well; this is his chance to live a life that he not only loves but can support his family. Josh is singing, “One More Try.” Adam hits his button right away.

Shakira and Blake turn around. Usher turns at the end.