The Walking Dead Spoilers Beth’s Fate and Where is Carol: Season 5 Episode 4 “Slabtown” 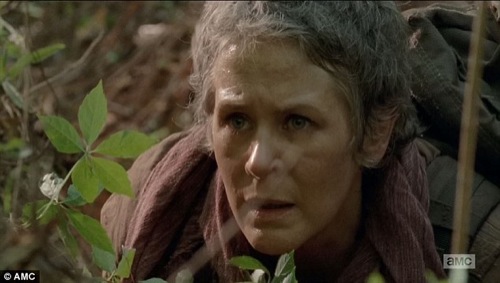 The Walking Dead spoilers for season 5 episode 4 predict that Carol, Beth and Daryl will play major roles in the zombie drama “Slabtown.” More than once on The Walking Dead, we have had to ask “Where’s Carol?” First, we wondered what happened to her during season three after she was trapped in a prison closet and assumed dead.

Next, we wondered where she was after Rick banished her from the prison. Where she was and what she did while she was outside the group is a storyline that has only been touched upon and certainly not developed.

Now, at the end of The Walking Dead episode 2 in season 5, “Strangers,” we assume Carol and Daryl left to follow the mysterious vehicle that kidnapped Beth. The two are notably missing during the third episode — “Four Walls and a Roof,” but at the end of the episode Daryl reappears…with someone. We have no idea who. It might be a safe assumption that Beth is with him, but that leaves us with the question: Where’s Carol?

Internet speculation about upcoming episodes has put forth several theories about Carol, and Beth (including a love triangle with Daryl). According to spoilers and trailers for the fourth episode, “Slabtown,” we will learn about Beth’s adventures while she was been AWOL. Trailers show a hospital setting with Beth seeming to recover from some injuries. One trailer blurb even shows Beth seeing Carol wheeled in on a gurney, leading to speculation that the Carol-Daryl duo hit the jackpot — sort of — by following the mysterious vehicle with the cross on it.

Carol has proven her worth and risen in respect as a strong female character on The Walking Dead. We can only hope she makes it through the entire season and beyond, but with The Walking Dead, you can’t bet the farm on anything. After all, who didn’t hate — absolutely hate — Hershel’s demise toward the end of TWD season 4? Nobody is safe. Nobody.

Regardless, it may be a little bit before we can really find out about Carol. According to some spoilers, episode 4 will be mostly about Beth, with just that hint of Carol. Episode 5 is rumored to follow Abraham, Eugene, Rosita, and the other prison survivors who load up with them to head toward Washington D.C. Episode 6 is rumored to be the episode in which we find out where Carol is and what has happened to her. Supposed, episode 6 will pick up at the end of episode 2 and veer off with Carol and Daryl then it should loop back around to pick up where Daryl shows back up at the end of episode three. Confused? Maybe just a little.