The Walking Dead Spoilers Season 5 Episode 3 – Who Dies Next – “Four Walls and a Roof” – Another Death? 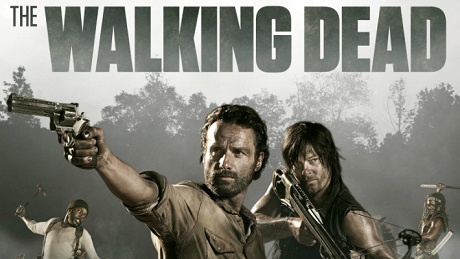 The Walking Dead Season 5 spoilers ask who dies next during Episode 3, “Four Walls and a Roof.” Surprisingly, nobody died on the Season 5 premiere of The Walking Dead, but the peace won’t last. We already saw Bob get bit and his leg eaten during Episode 2, and I think we can say with some certainty that Bob is a goner. And after Bob’s death, the only question is – who’s next?

It’s probably a given that Gareth and his little band of cannibals gets killed by Rick once he founds out what they’ve done, and I have a feeling that Father Gabriel will meet his end sooner rather than later. However, there’s no way we’re going an entire season without some major cast members meeting their untimely deaths – The Walking Dead principal cast is way too big right now, and that kind of happy family vibe isn’t going work in the grim post-apocalyptic world of The Walking Dead. And let’s face it – does anyone really care about Bob? Other than Sasha, who’s going to miss the guy after he dies?

So with that being said, here are several other characters that might meet their end on The Walking Dead Episode 3 and beyond. Tyreese is our first pick, because we’ve actually grown to care for him, but again, nobody other than Sasha and maybe Judith will miss him after he’s gone. He’s not especially essential to the group, since he’s been avoiding getting his hands dirty after what happened in the latter half of Season 4. Then, there’s Sasha – she’s slightly more important than Tyreese and seems to be more important in running errands and going on supply runs, but again, it wouldn’t be a huge loss to lose her.

Then, there’s the Washington trio – Eugene, Rosita, and Abraham. I don’t think we’ll lose Eugene or Abraham yet, because their Washington D.C. arc is just getting started, and they’re both essential to it. However, losing Rosita would be the perfect way to up the stakes without getting rid of a major player.

And finally, I still don’t see any way for Judith to keep living in this landscape, guys. Even putting aside acting considerations [it’s hard to shoot with a baby], what are they going to do after Judith turns into a toddler? I feel like we’ve already seen Judith stay the same age for an entire year [wasn’t she bigger in the Season 4 finale?], and sooner or later, she’s going to have start saying some words. And what are they going to do, train a toddler to act?

Glenn meets his death at the hands of crazy Negan, but since we haven’t even met Negan yet, I think we have a ways to go before that happens. But I’m guessing that the show will kill off several more people before we get there, don’t you?

What do you guys think? What Walking Dead death will we get next? Tune in here at CDL Sunday 9/8c for The Walking Dead Season 5 Episode 3 “Four Walls and a Roof” for our detailed LIVE recap. Don’t forget to come back tomorrow for another The Walking Deaf spoilers post! Let us know your thoughts in the comments below.