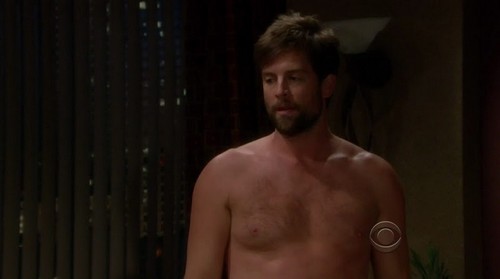 After months of staying on the down low it seems that Michael Muhney has been spotted out and not just anywhere either, but on the CBS lot. The actor was fired from The Young and the Restless last December after allegations of sexual harassment by a co-worker. What followed was a few months of outrage from Muhney’s most loyal fans and a show in total disarray behind the scenes. Other actors took to Twitter to speak out in defense of controversial show runner Jill Farren Phelps’ decision to fire Muhney.

One thing is for sure and that is that the situation made us all take notice of just how vocal and loyal soap fans really are. Collectively, Muhney’s fans were glad to see him leave Y&R after realizing how he had been treated. Hunter King accused Muhney of touching her breast twice but continued to work with him for months after going to the brass. Now we hear that according to Soap Opera Digest Muhney has been spotted back at his old stomping grounds while Phelps has made it perfectly clear that Muhney’s role needs someone to bring it to life.

Could it be that Muhney could be getting ready to return to the role that endeared him to day time viewers in the first place? Nearly 6 months have passed and it has been argued that finding another actor to portray Adam Newman is more than a challenge plus there will be a built in wall of resistance to accept another actor brought by Muhney’s most loyal fans. If CBS is indeed in talks with Muhney then that would have to mean that they didn’t really believe King’s allegations right? I mean someone that is ultimately fired because of sexual harassment isn’t given another chance, unless those claims prove to have been false in the first place otherwise what precedent would that set?

At the time it struck us as really odd that King made these allegations and then continued working with Muhney still there. CBS didn’t seem to take her allegations very seriously even last fall when they chose to continue writing for Muhney and protecting the story line rather than another of their actors. Do you think that the network and Phelps now believe that they made a mistake and are trying in vain to get Muhney to return? Tell us your thoughts in the comments below!