The Young and the Restless Spoilers: Christian Leblanc’s History Playing Michael Baldwin – How Sick is He? 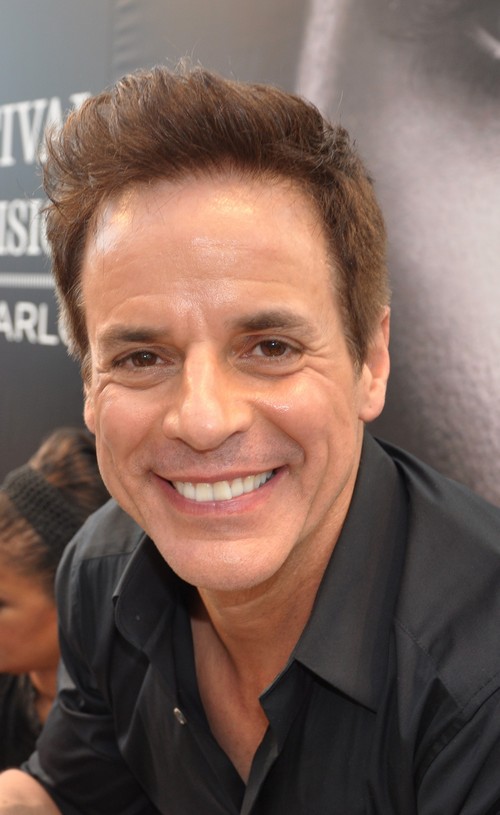 Christian LeBlanc played the character of Michael Baldwin from 1991-1993. Rejoining the cast in 1994. When Michael appeared on the set of YR, he was a law mentor to Attorney Christine Blair. He in no time began to create a obsession with Chris. Michael wanted Christine all to himself so he kidnapped and attempted to rape her. Fortunately, Christine’s good friend Paul Williams came to her rescue. Michael was arrested and imprisoned for four years.

Michael emerged from prison a truly changed man. Christine was so impressed with Michael’s turn around, she offered to partner with him in a law firm.

Shortly after, Michael became involved with Phyllis. The overly jealously type, Phyllis became extremely enraged with Michal’s other relationships. Phyllis ended up kidnapping Michael and held him in a warehouse. Eventually Michael escaped. Instead of turning his back on Phyllis, he befriended her. They still remain best friend.

As one of Genoa City’s prominent attorneys, Michael found himself entangled with the rich and powerful. He helped Katherine Chancellor in her estate fight with Jill Abbott. He played a big part in reuniting Sharon with her daughter Cassie. He also assisted Victor Newman at Newman Enterprises. Not all of Michael’s cases were easy. Many of times Victor had Michael involved with shady deals. Especially when Newman Enterprises was going against Jabot.

Michael has always had his family’s well being at the front and for most. He vowed to help his young step brother Kevin Fisher over come the childhood abuse he endeared at the hand of Tom Fisher aka Terrible Tom. Even the times when Michael knew his brother was guilty, he always found a way out for Kevin. Tho many times tested, the brotherly bond the two share, has only strengthen over the years.

Kevin was not the only family member Michael went out on a limb for. He has also helped his mother Gloria, worm herself out of many trails. That was definitely put to the test, when Gloria was accused of contaminating Jabot facial cream.

Michael finally found the love of his life. The beautiful Lauren Fenmore. The two eventually married and planned a life time together. Those plans literally went up in smoke when the yacht they were sailing on during their honeymoon exploded. Lauren was missing and presumed dead. This was way too much for Michael to handle. Miraculously, Lauren was not killed and was reunited with her husband Michael. During the investigation of the explosion, it was determined that Shelia Carter, Lauren’s oldest enemy was to blame. This would be the one of many times Sheila has tried to destroy Lauren and Michael’s marriage.

Happy times were in store for the happy couple, when Lauren found out she was expecting their first child. Soon after, Lauren gave birth to a boy they named Fenmore. Michael was absolutely thrilled that he became a father since his own father was not around when he was growing up.

Those bliss days for the Baldwin’s did not last long. Sheila Carter returned to Genoa City in disguise. Shelia underwent plastic surgery to look just like Lauren and Michael’s best friend Phyllis. Fake Phyllis, was able to kidnap real Phyllis, her new born baby Summer and baby Fenmore. Lauren and Michael felt like they were living a nightmare. Their newborn baby was in the hands of a deranged woman Sheila Carter. Eventually, Sheila was killed and Fenmore was reunited with his parents.

Living a normal life and keeping his family safe was Michaels first propriety. Coming to Gloria’s aid again, Michael met his father Lowell Baldwin. He was a Guru going by the name River living in the Ashram. Michael was also surprised when he learned he had another sibling a half sister Eden. Michael and Lauren took Eden in and tried to give her a normal life. She stayed with her big brother until she moved to Paris.

The biggest relief in Michael’s life was knowing that Shelia Carter was no longer a threat to his beloved Lauren. But that feeling of relief did not last too long, Sara, Sheila sister, came to town looking for revenge for her sister’s death. She had plastic surgery to look exactly like Lauren. She kidnapped Lauren and Jana keeping them locked in a cage. She went on to assume Lauren’s life. Michael knowing something was not right, found and eventually rescued Lauren and Jana with his brother Kevin’s help.

As Michael placed his family’s safety first, he was fired by Victor. This, in turn, landed him a position as District Attorney. Not an easy task, his new position left Michael having many of his friends and family in turmoil. Michael had to make the hard decision to arrest his own teenaged son Fen, for bully. Lauren could not comprehend the idea that Michael put in own son in jail. Lauren left Michael and started an affair with bartender Carmine Baso.

Michael did everything in his power to win back Lauren. He even confessed to murder when Lauren was found standing over Carmine’s dead body. Michael was than arrested and imprisoned. His conviction carried a 10 year sentence. Fenmore wanted to help his father get out of prison for a crime he did not commit. Fen than got himself arrested on possession of drug charges. He was also sent to jail.

Carmine was eventually found alive and living in the witness protection program. Michael and Fen both had their sentences over turned and returned home to Lauren.

Michael and Avery Bailey Clark, another prominent Genoa City attorney have created a partnership. Baldwin and Clark, attorneys at Law. Michael is hoping this new venture will give me the much needed time to take things easy and catch up on his own life.

Trying to get his life on the right track, Fen left for college in Arizona. This left the empty nesters with time to finally settle down and enjoy some couple time. After several failed attempts to rekindle their love life, Lauren and Michael are both secretly worried. Michael is having trouble showing his lovely wife how much he loves her. Lauren is worried that something drastic is wrong with Michael and urges him to see a doctor.

This is where we leave Michael. Does he in fact have something seriously wrong or is it just a mid life crisis? Will Michael be able to continue to keep his family in check including Gloria, Kevin and Fenmore? Will the new law partnership help Michael get the free time he needs or will it end up sucking the life out of him? Will it be goodbye to Christian LeBlanc?

Keep tuning in to YR and checking CDL for further updates.