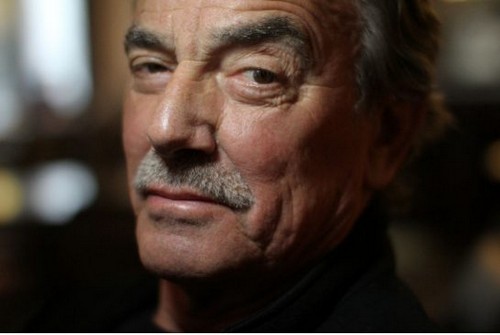 Monday December 22: The Young and the Restless spoilers tease that Gabriel/Adam Newman has gone rogue and has taking his Chelsea stalking to a whole new level – while continuing to avoid Sage. Panic begins to settle in for Nick and Sharon as they continue to unsuccessfully search for runaway Faith, however rumor has it that the scary circumstances may bring Nick and Sharon back together for the holidays.

Tuesday December 23: Y&R fans have been racking their brains trying to determine what Constance Bingham has against the Newman Family, and according to spoilers that will all be revealed on December 23. Meanwhile across town newly engaged couple Dylan and Avery make a shocking discovery of their own, and Ashley and Stitch have a chat about their one night stand.

Wednesday December 24: Christmas Eve is an eventful one in Genoa City. The Young and the Restless spoilers tease that Michael and Lauren celebrate the holiday by making plans about their future and discussing the lawyer’s cancer treatment plans. At the Winters residence Neil shocks his friends and family with a shocking announcement regarding his blindness.

Thursday December 25: Y&R spoilers reveal that fans of the CBS soap can expect a Christmas miracle in Genoa City, rumor has it that Faith is located just in time to spend the holidays with her concerned family, and parents Nick and Sharon Newman.

Friday December 26: The Young and the Restless spoilers tease that scheming Victor Newman is up to no good, and puts another one of his evil plans in to motion. Meanwhile, his son Adam Newman/Gabriel has a heated conversation with Jack Abbott and is forced to play hardball. According to Y&R rumors, Adam may threaten to blackmail Jack with Skye’s death to keep him quiet.

So Y&R fans, do you think that Faith will be rescued in time for Christmas? Where do you think she ran away to? What is Victor Newman up to now – is it related to Joe Clark’s development project? Is Michael going to finally get treatment for his cancer? Let us know what you think in the comments below and don’t forget to check CDL tomorrow for more The Young and the Restless spoilers and news.